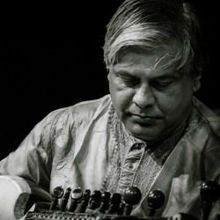 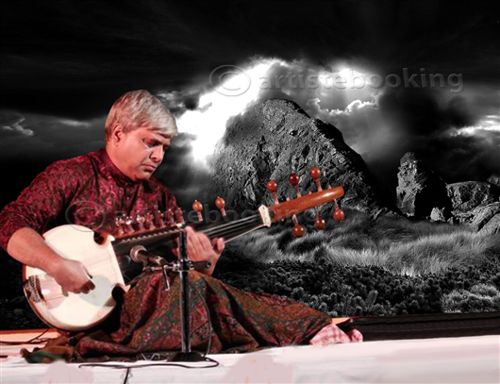 Biswajit is born on 12 January 1956 in Deogarh, Jharkhand, India. His father Ranajit was chemistry teacher but he was serious sarod player. His father teach him how to play a sarod and his talent was spotted by Maestro Ustad Amjad Ali Khan accepting him as a disciple. Roy life changed when Pandit Mallikarjun Manur took an interest in young Roy Chowdhury quest in 1982. Biswajit Roy Chowdhary’s tutelage with Pandit Mallikarjun Mansur was formalized in a gandhabandhan ceremony in 1985 and the intensive guidance and training lasted till the demise of the guru in 1992.

Over the years Biswajit Roy Chowdhary has performed in various locations all over India and has participated regularly in some of the prestigious concerts. These include The Tansen Festival in Gwalior, the Shankar Lal Festival, New Delhi, the Harvallabh Sangeet Samaroha in Jalundhar, the Vishnu Digambar Jayanti in Delhi, the Sankat Mochan Music Festival in Banaras, the BKF Mansur Festival in Bangalore, among others. He recorded the album "The Sarod Master" (1991) for Hot Club Records, produced by guitar player Jon Larsen. Biswajit Roy Chowdhary is an acclaimed artist of the All India Radio and Doordarshan and has featured in the National music concert and the annual Radio Sangeet Sammelan.