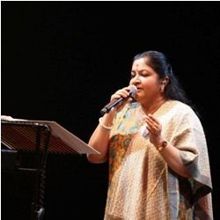 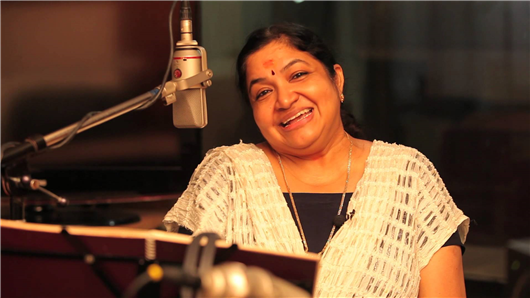 Krishnan Nair Shantakumari Chithra is an Indian Playback and Carnatic Singer. She was born in Thiruvananthapuram, Kerala, India. She is also Known as K.S. Chithra or Chithra in Music Industry. She also sing Indian classical, devotional and popular music. She lent her voice for many of movies in Malayalam, Kannada, Tamil, Telugu, Oriya, Hindi, Assamese, Bengali, Badaga, Sanskrit, Tulu, Urdu and Punjabi songs. She is referred as Chinna Kuyil in English she is The Little Nightingale of South India.

Born on 27 July 1963, in Thiruvananthapuram, Kerala, into a family of musicians, Chithra's talent was recognised and nurtured from an early age by her father, the late Krishnan Nair. He was also her first guru (teacher). Her elder sister K. S. Beena is also a playback singer. Chithra received her extensive training in Carnatic music from Dr. K. Omanakutty, and Passed B.A. in music with first class and third rank from the University of Kerala and had completed Masters degree in Music. She was selected for the National Talent Search Scholarship from the Central Government from 1978 to 1984. She is married to Vijayashankar, an engineer and businessman and settled in Chennai. Their only daughter, Nandana, died aged eight, in a pool accident in April 2011 in Dubai.

Chithra was introduced to Malayalam playback by M. G. Radhakrishnan in 1979 and went on to become a regular singer for many Malayalam musicians, including Raveendran. Attahasam, Snehapurvam Meera and Njaan Ekananu were the first few films in which she recorded her songs.She also performed live concerts with K. J. Yesudas in India and abroad and that was a turning point in her career. Veteran music directors such as Raveendran, Shyam, Jerry Amaldev, Mohan Sithara, Kannur Rajan and Johnson also helped her move up in her career ladder. She made her debut in the Tamil film industry through the song "Poojaikketha Poovithu" from the film Neethana Antha Kuyil, which was composed by Ilaiyaraaja. She was given the title Chinnakuyil after singing the song "Chinna Kuyil Paadum" from the 1985 released film Poove Poochudava. Director Fazil cast her for this song after Ilaiyaraaja got impressed with her song sung in original version in Malayalam for the film Nokkethadhoorathu Kannum Nattu in 1985 directed by himself.

Why Book CHITHRA Through ArtiseBooking?