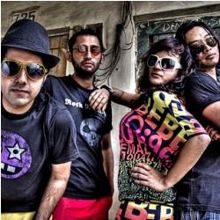 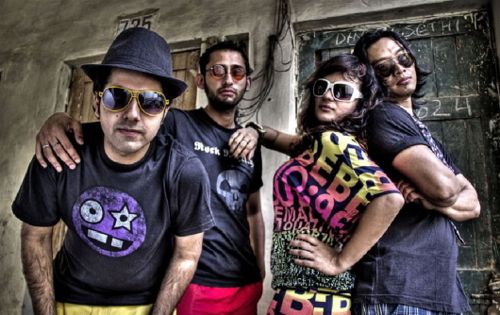 Groove Adda (Lead Singer - Aditi Singh Sharma)The band started its journey opening for the renowned Bollywood playback singer Mohit Chauhan at NSIT, Delhi, 2009. Groove adda has played close to 250 shows in the past 3 years covering pub gigs, college festivals, corporate events and concerts for social awareness. In the initial 6 months, the band headlined the HT Youth Nexus Festival alongside the popular UK based Punjabi Hip Hop group, RDB. The end of the first year was marked by the band being invited to play its first international concert at The Tulip Inn, Ajman, UAE for new years. They have opened for Mohit Chauhan on numerous occasions including IIT Delhi fest, 2010 and The Commonwealth Fest, Qutub 2010. In the same year at the 'Climate Ke Liye Bajao' concert held in New Delhi which saw artists like Parikrama, Nitin Bal Chauhan and Advaita come together for the cause of global warming, the band opened the show for Indian Ocean. Following which in 2011, Groove Adda got the opportunity to play along with Bollywood actor/singer Farhan Akhtar for Ponds Women's Day 'Fun in the Sun' concert in Mumbai. As of now the band is focusing on recording and composing new material for their live shows.

Why Book Groove Adda Through ArtiseBooking?