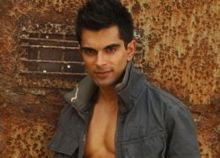 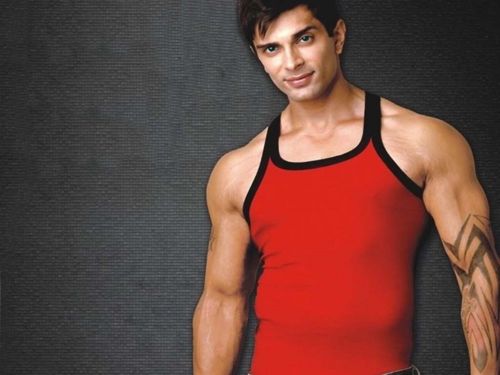 Karan Singh Grover is an Indian television actor and model. He began his television career with Kitni Mast Hai Zindagi on MTV India. Grover played the character of Dr. Armaan Mallik in Dill Mill Gayye and Asad Ahmed Khan in Qubool Hai. Karan Singh Grover was born in Delhi, India to a Punjabi Sikh family hailing from Ambala, Haryana. He has one younger brother Ishmeet Singh. During his childhood, Grover and his family moved to Al Khobar, Saudi Arabia, he studied at International Indian School Dammam. In 2000, he moved back to Mumbai and pursued a degree in Hotel Management from IHM Mumbai, Dadar Catering College. He was in a band during his college days called the Thousand Decibels. After completing his degree, Grover moved to Muscat, Oman where his family was located and started working at the Sheraton Hotel as a marketing executive for about a year. He later returned to India to pursue a career in modeling and participated in the Gladrags Mega Model Manhunt contest in 2004. He won the award for the Most Popular Model. Grover married Jennifer Winget, his friend and co-star from Dill Mill Gayye and Kasautii Zindagii Kay, in a private ceremony on April 9, 2012. Before starting his television acting career, Grover did many modeling assignments, ramp shows, advertisements and even hosted a radio show. Later, he entered the Gladrags Mega Model Manhunt Contest in 2004 and ended up winning the award for the Most Popular Model. Through a nationwide talent hunt contest he, along with five others, got selected to play leads in an MTV India show Kitni Mast Hai Zindagi, followed by Princess Dollie Aur Uska Magic Bag. Grover played a negative role in Kasautii Zindagii Kay . Subsequently, he acted in Solhah Singaarr, as well as some short stints on C.I.D. and Parrivaar. Grover rose to stardom through the role of Dr. Armaan Mallik in Dill Mill Gaye. Along with Dill Mill Gayye, he anchored the reality television show Zara Nachke Dikha throughout its first season. He was the second runner-up in the dance reality show Jhalak Dikhhla Jaa in Season 3. In 2009, he co-hosted the music show Idea Rocks India on Colors TV. In 2010 he participated as a contestant in Fear Factor: Khatron Ke Khiladi (season 3). In 2011 he hosted the traveling reality show Perfect Couple on Channel V. He made a special guest appearance for about a month of the series Dil Dosti Dance as professor Karan Mallik. He also starred in a telefilm series Teri Meri Love Stories in August 2012. Currently Grover plays Asad Ahmed Khan in the show Qubool Hai.