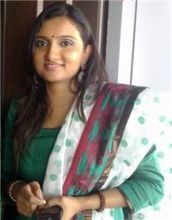 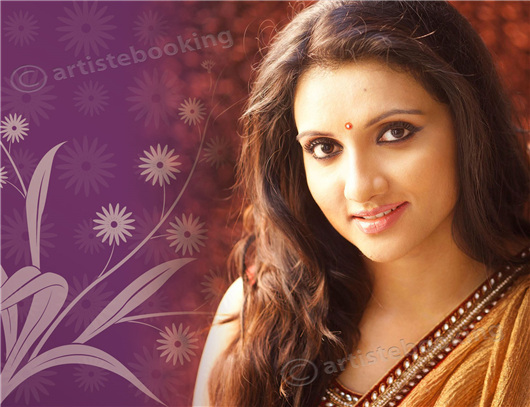 Manjari is an Indian playback singer active mainly in Malayalam. She was born in 1986 in Thiruvananthapuram and grew up in Muscat. Her first stage performance was with Shiva, the Kolkota based rock band, when she was in class eight. Manjari was introduced into the world of playback singing by none other than the 'Maestro' himself, 'Ilayaraaja'. She went on to record more than 60 songs for the Maestro in all four languages of the South. Since her début, she has worked with the likes of Ramesh Narayan, M. G. Radhakrishnan, Mohan Sithara, Deepak Dev, Alfons, Keeravani, Kaithapram Viswanathan, Vidyasagar, Alex Paul, M. Jayachandran and the late Raveendran and Johnson. She has also sung for numerous devotional and romantic albums . She has over 200 film songs to her credit. While in Muscat, Manjari trained in Hindustani classical music under the guidance of Ustad Khalid Anwar Jaan who belongs to the famous 'Kirana' Gharana. Now she continues her training under Pt. Ramesh Jule of the same Gharana. She attained her Masters in Carnatic Music from H.H The College for Women in Thiruvanathapuram in 2009. Since 2004, she has been performing in the prestigious "Soorya" Festival held both in India and abroad. Manjari won the Kerala State Film Award for the best female singer twice; first in 2004, for the song Mukilin makale in the film Makalku and second in 2008 for the song Mullulla Murikkinmel in Vilapangalkappuram.

Why Book Manjari Through ArtiseBooking?