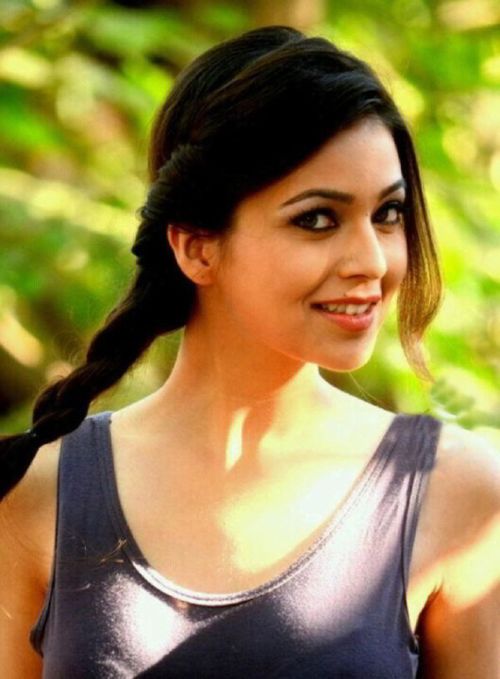 Cute and bubbly, Mansi Srivastava is an Indian television actress better remembered as Jesleen, younger sister of Suvreen in Suvreen Guggal on Channel V and last seen as Heer in Zee TV's show Rab Se Sohna Isshq. Currently, she is seen playing a female lead as Shivani opposite actor Arhaan Behl in the show Do Dil Bandhe Ek Dori Se on Zee TV. Mansi is fond of acting from childhood. When she was a child, she used to talk to herself in front of the mirror and mimic other people to entertain everybody around. So it was natural for her to pursue acting as a career. She loves painting landscape images and portraits. She is fond of reading books and is a big fan of Harry Potter and Twilight. She loves to spent time with friends on the beach side. Apart from the serials, she will be seen in a hindi movie titled "27", which will hit the screens at the end of 2013. Currently, She is playing the female lead Shivani Raghu Seharia in the show Do Dil Bandhe Ek Dori Se. She is feeling very lucky to be a part of this show opposite very popular actor Arhaan Behl. The Show has a very beautiful story and Shivani's character is like a princess in a fairytale. Alok Nath is seen playing a rich grandfather of her as Balwant Rana whose only dream is to find an ideal groom for her grand daughter. She is very close to her grandfather. Shivani has always been protected by her grandfather from the grim realities of life. In real life she some what related to her serial character Shivani. She feels very easy to involve into the character. Mansi Srivastava played the role of Jasleen Guggal is Suvreen's younger sisters in Suvreen Guggal Topper Of The Year that airs on Channel [V]. Mansi Srivastava played the female lead in Indian soap opera Rab Se Sohna Isshq on Zee TV, produced by Jay Mehta. She has played the character of Heer, Daljeet's daughter in the show. In which there was a love triangle between the three leads Veer, Heer and Raunak.

Why Book Mansi Shrivastav Through ArtiseBooking?