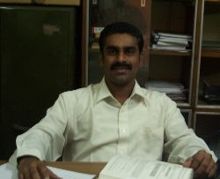 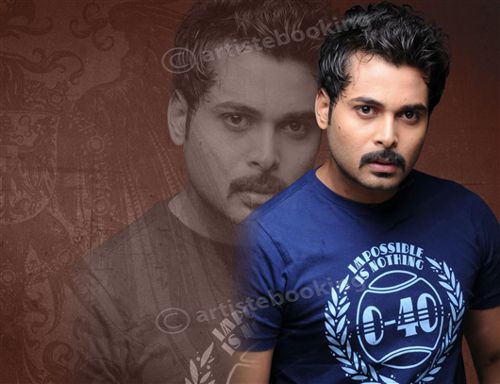 Srinivas or Srini (as he is fondly referred to) is an award-winning playback singer who has sung over 2000 songs in Tamil, Malayalam, Telugu, Kannada and Hindi is also a music composer.

In 1988, Srinivas approached music director Ilaiyaraaja, who was at the helm of Tamil film music. He was offered the opportunity to work with Ilaiyaraaja, but things did not work out, as he was suffering from severe throat infection that day.

In 1992, the soundtrack of Mani Ratnam's Tamil film Roja reignited his dreams of playback singing. Mani Ratnam introduced composer A. R. Rahman with this movie, who then went on to change the music scene in the whole Indian film industry. Encouraged by the use of fresh voices in Roja, Srinivas approached Rahman. Rahman took a liking to his rendition of Mehdi Hassan's ghazals and offered him work at Chennai.

In 1994, Srinivas shifted base to Chennai and started lending his voice to advertisement jingles and devotional albums.

His first foray into playback singing began with the song "Sorgam Enbathu Namakku" with Swarnalatha from the movie Nammavar, composed by Mahesh. It went on to became a runaway hit.

Only in 1996 did he gained recognition with the song "Maana Madurai" from A. R. Rahman's Minsaara Kanavu. Then came "En Uyire" in Mani Ratnam's Uyire.. (the Tamil version ofDil Se..). This Rahman composition catapulted Srinivas into fame.

Srinivas has sung for leading music directors like A. R. Rahman, Ilayaraja, Deva, Vidyasagar, Bharadwaj, and in languages like Tamil, Malayalam, etc. He has made a foray into music direction through the Tamil movie Ae Nee Romba Azhaga Irukke, in which he was one among the five music directors. His composition "Ini Naanum naanillai" in that film is a major hit. His famous albums include Ussele Ussele and Paarvai. Also he has worked as a co-composer to Praveen Mani for Little John. He has composed music for a Malayalam film titled Seetha Kalyanam.

The playback singer from the south cut his first private album in Hindi titled Yeh Duniya Sab Ki. His other hits in Hindi include "Kaisi Hai Yeh" from Dil Chahta Hai and "Zindagi" from the film Yuvvraaj.

Srinivas is a close associate to A. R. Rahman from the very first day they got introduced.

Why Book Srinivas Through ArtiseBooking?