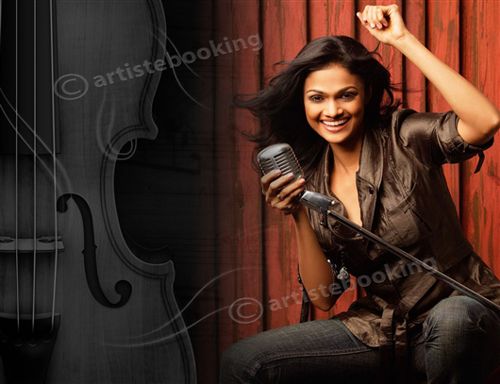 Suchitra Karthik Kumar (born 14 April 1979) is an Indian Tamil Radio Jockey and Tamil, Malayalam and Telugu playback singer.Born and brought up in Chennai, She is a graduate from Mar Ivanios College (Trivandrum). Later on she moved to Coimbatore for her MBA (PSG Institute of Management). She was then engaged with Sify for a while. This is when she responded to an ad for the post of an RJ in Radio Mirchi. From then on, she never had to look back in her career.

She has appeared in a few Kollywood films, but her main priority is singing and anchoring radio shows. Prior to embarking on a singing career, she excelled as a radio jockey on Mirchi FM, and hosted their 4-hour breakfast show for over 6 years. Suchitra won the Excellence in Radio Award (ERA) for the ""RJ of the year (Tamil)"" category in 2008. Her show is a high energy, no nonsense, full of humor, reflecting social issues, tell-it-like-it-is, kind of show. The format includes interactions with listeners on issues that are fresh and on people's minds, game shows, plus a look at what’s on in the city of Chennai, all with Suchi's unique take on things. She had also anchored several TV shows. What also adds extra zing to the show is Suchi's immense love for music that is apparent in her great success as a Tamil playback singer as well.

The song ""Sir Osthara"" that she sang with Thaman for the Telugu movie Businessman has catapulted her to new heights. Her latest achievement is the solo album Suchi - Music I LIke which was released by Virgin Records in September 2012. A collection of 8 Bharatiyaar songs, set to contemporary music, the album has been favourably reviewed by critics and made popular by music lovers. The songs ""Aassi Mugam"" and ""Kaakkai Chiraginile"" in the album are public favourites.

Why Book Suchitra Through ArtiseBooking?