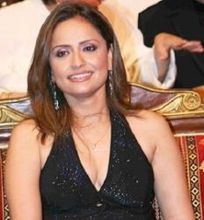 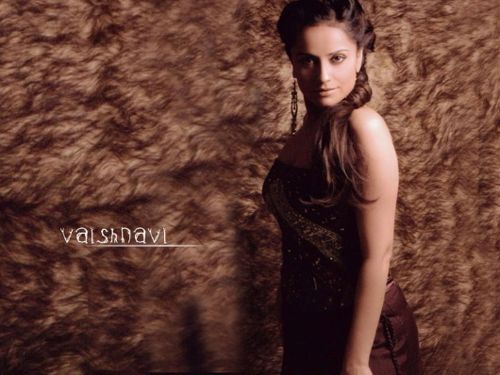 Vaishnavi Mahant is an Indian actress who is best known for playing Geeta Vishwas in Mukesh Khanna's television series Shaktimaan telecast on Doordarshan. She is also known for playing Shilpa Sharma in Miley Jab Hum Tum. She has acted in various Bollywood films such as Bambai Ka Babu opposite Saif Ali Khan, Laadla, and Baabul. She is currently known as Shail in the Zee TV show "Sapne Suhane Ladakpan Ke". Vaishnavi was born in Mumbai. Her father is a Vaishnav Brahmin (the reason she took the screen name Vaishnavi), while her mother is Christian. As a child she moved to Hyderabad where she decided to become a scientist. However, while vacationing in Mumbai, she had the opportunity to appear in the Ramsay Brothers' horror film Veerana and decided to pursue acting as a profession. She subsequently appeared in Barsaat Ki Raat, Ladlaa, Daanveer and Oru Mutham Mani Mutham (a 1997 Malayalam film with actor Mukesh). From 1998 to 2005, she played the female lead Geeta Vishwas in the superhero series Shaktimaan on Doordarshan. The show, as well as her character, got high acclaim and was considered her break through role. When her journalist character Geeta Vishwas was written out of the series, fan protests prompted the producers to bring her back. In 2000, she played the role of ACP Ratna, a daring police officer in a comedy serial RAJU RAJA RAJASAAB on sahara TV. She went on to play leading roles in several Tollywood movies. Recently, she was seen playing the role of Bhaskar's mother in the Sony Entertainment Television serial Bhaskar Bharti and Mayank's mother Shilpa in Miley Jab Hum Tum. She appears in Karmyudh on Doordarshan in the role of Inspector Shivangi Chauhan. She is married to Leslie Macdonald and has a daughter, Margaret born in 2003. Raised as a Hindu, she converted to Christianity in the early 1990s. She is currently a born again Christian believer who is more into a relationship with God not religion.

Why Book Vaishnavi Mahant Through ArtiseBooking?