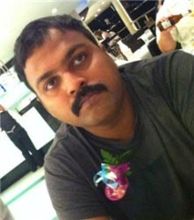 Yugendran (born on 20 December 1976 as Yugendran Vasudevan Nair) is an Indian film actor and singer, who has sung more than 600 songs. He is also an occasional music director and host.Yugendran is the son of veteran popular playback singer-cum-actor Malaysia Vasudevan. He has 2 sisters named Pavithra and Prashanthini. Prashanthini is a Tamil playback singer as well and has sung in films such as 12B, Veyil and Vaaranam Aayiram. Yugendran performed in the Launch of a Tamil radio station in Sri Lanka called Swarna Oli in 1999, where he met his wife, Hema Malini,a popular RJ-cum-host, Hema Malini is a Singaporean and together they have two children: Visashan Naarayan and Kishan Kutty Naarayan.