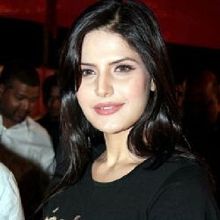 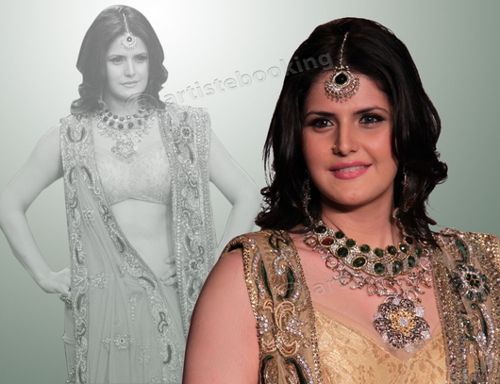 Zarine Khan (born 14 May 1987) is an Indian actress and model who appears in Bollywood and Kollywood films. Khan has been noted for looks very similar to Katrina Kaif. Khan made her acting debut in the 2010 Anil Sharma's period film Veer co-starring with Salman Khan for which she was nominated for Zee Cine Awards, Best Female Debut. Her second film was Housefull 2 which was the highest-grossing Bollywood films of 2012. Khan has also garnered recognition from her item number, Character Dheela in Ready which was her second highest-grossing Bollywood films of 2011. Khan wanted to be a doctor but joined acting. Her acting career began while visiting the set of Yuvraj at Subhash Ghai's film school Whistling Woods. Salman Khan noticed her and decided to cast her for his friend Vijay Galani,s film Veer because, he said, "She looks the character — the sweet princess she is playing in Veer". After a screen test, Khan was given the role of Princess Yashodhara. She gained eight kilograms in order to be more convincing as a 19th century princess. Because of Veer's poor box office performance, Khan at first had trouble finding roles in big-budget films. 2012, Khan appeared in her third film, Sajid Khan's Comedy film Housefull 2, which was the highest-grossing Bollywood films of 2012. Khan played the role of JLo a model who is in love with Jolly, played by Ritesh Deshmukh and featured her alongside an ensemble cast including Akshay Kumar, Asin, John Abraham and Jacqueline Fernandez. Khan is currently working in David Dhawan's Partner 2, sequel of Partner opposite Salman Khan, Sanjay Dutt and Govinda. She has also has signed two Tamil films. Her first Tamil film is Naan Rajavaga Pogiren directed by Prithvi Rajkumar and written by Vetrimaaran in which she is doing an item number, and her second film is Karikalan in which she is playing leading role of Velir Princess and is directed by Gandhi Krishna.She also has signed a bollywood movie Amar Must Die directed by Remo D souza oppsite Rajeev .

Why Book Zarine Khan Through ArtiseBooking?