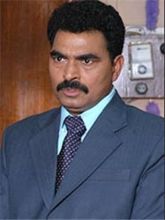 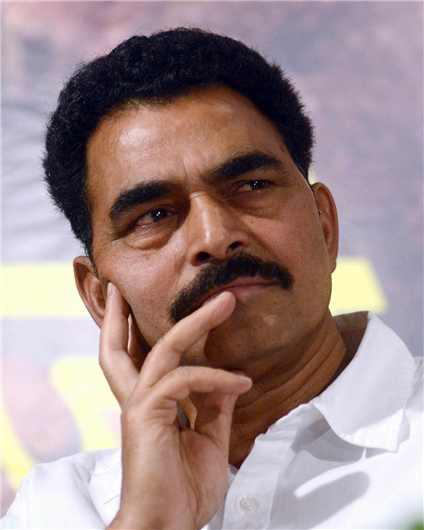 Sayaji Shinde is an Indian Film Actor. He is an acted in Marathi, Tamil, Telugu, Kannada and Malayalam films. He started his career in 1978 with acting in Marathi one-act plays "Hijada" was very well received and since then he started gaining popularity among the circle of stalwarts. Later he moved on to Marathi Cinema and further, started acting in Other languages.

Sayaji is born in a farmer family, in a small village named Vele Kamthi near Satara district in Maharashtra. He completed his Bachelor degree in Arts in Marathi Languages. He started his career in 1974 as a watchman for Maharashtra Government's Irrigation Department for a Meager pay Rs 165 per month. During his services as watchman he developed an interest in theater and his passion for acting drew him to the theater and films. After his initial struggling yeras, he moved to Mumbai.

Sayaji started his acting career in 1978 with acting in Marathi one-act plays. His first Marathi film as an actor was Aai (Mother) in 1995. He acted in many Marathi movies thereafter, among which, his role as an Agricultural Minister in movie Goshta Chhoti Dongara Evadhi was to be remembered. Hindi film actor Manoj Bajpai happened to see an article on sayaji in Times of India and the former recommended Sayaji name to Ram Gopal Varam.

Varma, who was at the time making the movie school, Immediately offered the role of Bicchu Yadav to Sayaji, Thus marking the latters entry in the Bollywood. School gave sayaji a decent start however it was a Tamil film called Barathi which made his career. Sayaji got tremendous appreciation for his acting in the said film. In spite of not knowing Tamil, Sayaji effectively played the role of Tamil Nadu's greatest ever poet and writer, Subramanya Bharathi in the movie directed by Gnana Rajasekaran, and got honored with Tamil Nadu State Award for his efforts. Later on he also acted in Tamil blockbusters like Azhagi and Dhool.

Why Book sayaji shinde Through ArtiseBooking?