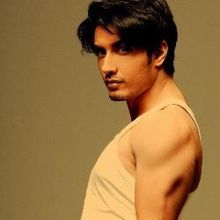 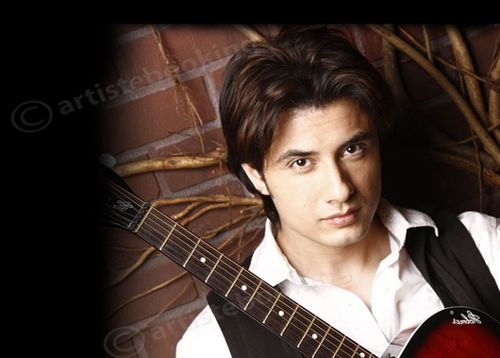 Ali Zafar is an Pakistani Music Singer, Composer, Painter and Actor. He started his singing Career with the song Jugnuon Se Bhar Le Aanchal in the Film Shararat directed by Pakistani actress and director Samina Peerada but made a big mark with his first single Channo from his first album Huqa Pani that sold over five million copies world wide. The album turned out to be one of the biggest hits ever in Pakistani with Channo topping the charts all the way for a long time.

Zafar began his acting career with bollywood film Tere Bin Laden, which was moderately successful at the box office and for which he was nominated for Film Fare Best Male Debut Award, After that Zafar got many assignments from Bollywood he appeared in Mere Brother Ki Dulhan, ( London, Paris, New York 2012 ), Chashme Baddoor and Total Siyapaa.

Ali Zafar was born on 18 May, 1980 in Lahore, Punjab, Pakistan. His full name is Ali Mohammad Zafar and his parents were Mohammad Zafarullha and Kanwal Ameen and both of his parents were professors at the university of Punjab, Pakistan. He studied at the C.A.A Public School and Beaconhouse School System where he topped his matriculation exams. He completed his graduation from the government colleges of Lahore and the National College of Arts in Fine arts.

Zafar married his long-time fiancee Ayesha Fazli (paternally related to Indian actor Aamir Khan) in an Islamic wedding ceremony on 28 July 2009 in Lahore, Pakistan. On 6 March 2010, he became a father to a baby boy, whom he named Azaan Zafar.

Ali Zafar made his debut as a Musician with the album Huqa Pani released in 2003 and worldwide in 2005. The album was an instant hit selling over 600,000 copies world wide and winning several major awards and nominations. Zafar launched his second album Masty nationwide in November 2006. He has since released four videos from the album Titled Masty, Sajania, Dekha, Aasmaan.

Ali Zafar started his acting career from Television drama like Kanch Ke Par, Miniseries Kolleges jeans and etc. After becoming music sensation he tried his career in Acting and he worked in many television series. Thereafter in made his debut in Bollywood through Tere Bin Laden was successful in the Bollywood after that he become well known for his acting and singing talent, he got many movies in India even. He also won and nominated for many Awards.

Why Book ALI Zafar Through ArtiseBooking?