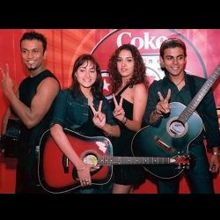 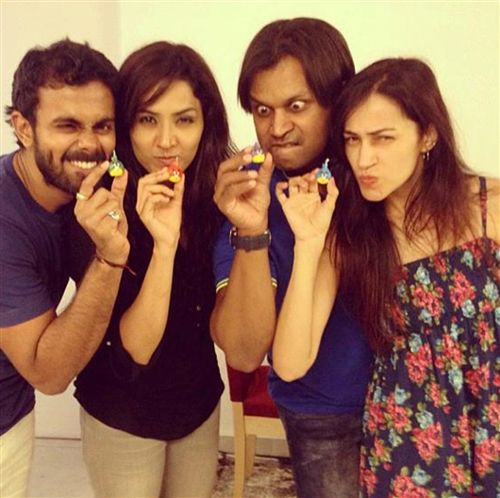 Aasma Band is an Indian Indi-Pop Band from Mumbai formed in 2003. The band is basically originated from Mumbai through Channel V Pop Stars Talent Hunt in 2003. The members are Sangeet Haldipur, Neeti Mohan, Jimmy Felix and Vasudha Sharma.

The Band is formed in 2003 through Channel V Pop Stars Talent Hunt Show. The Band consist and formed by the four talented youngesters namely Sangeet Haldipur from Mumbai a professional painist, singer, composer and lyricist, Saajan Aggarwal who worked on the band ballad Pyar Hi To Hai, Neeti Mohan from Delhi an Exemplary Singer, Vasudha Sharma from New Delhi who is multitalanted in guitar and also a good Keyboard Player and Jimmy Felix from Jaipur who was involved in creating and performing music even while a child formed India's first male female vocal Band Entitled as Aasma.

The Band become wide known through a nation Wide talent Hunt conducted by a musical channel. This band charm has not only mesmerised the Indian music industry but also all the youth who are actually living in Hip and Happy go way. Their first debut album was "Chandu K Chacha" Which was very successfull song in that time. And Their second album was entitled as Aasma The Infinite in this album they compose and write the lyrics of Luv In Da Club with Contantino Francorsi.

The Band is also worked with music director Shamir Tandon in Corporate Movie. The unique feature of Aasma’s music is the fresh energy, vigour and the harmonious tunes. Their work is even more glorified as they have had the chance of getting most of their lyrical compositions done by leading Bollywood composers such as Aadesh Shrivastav, Salim and Sulaiman Merchant and Pritam.

Why Book Aasma Band Through ArtiseBooking?