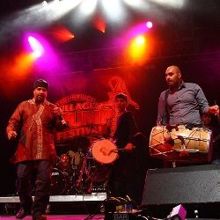 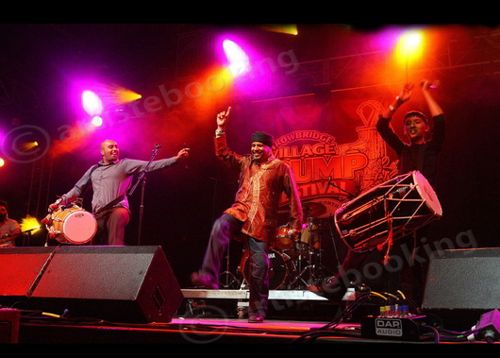 Achanak Band is a UK based band. All member is belong to the 2nd and 3rd generation of UK but their roots are belong with India. They are UK born musician, whose parents came over to the UK in the 1960's to work in the steels factories. All of the musician sung in the language of Punjabi which is the language of their parents who came from India to UK.

The band started by playing in religious temples, where they learnt their art of music. Moving from singing and performing religious songs, the band moved into providing entertainment for weddings and parties. Their first album in 1989 was a huge hit and in 1991 they produced the first ever ‘politically’ motivated track in which they condemned the existing government for imposing a punitive tax which affected the poor and particularly those from immigrant families. The existing government led by Margaret Thatcher resigned within two days of the band releasing their track.

The band continued to dominate the UK dance scene collecting numerous awards but then decided that having conquered the UK asian bhangra circuit for over a decade, the band moved effortlessly over to the mainstream world music market in 2000. Their exciting live performance recognised by the Womex committee in 2002 has taken Achanak to countries all over Europe.

The band emanates from the successful bhangra label – Nachural Records – the same label that launched Panjabi MC into the top 5 of the UK pop charts 10 on no.1 positions in Europe. Fusing powerful percussion rhythms with western beats enables the band to put on the most powerful live concerts.

The band has been re-invited to many of the large world music festivals including Golowan(twice), Black Horse festival (record 5 times), Music Mix(in Sweden – twice), World Music (oslo) and the Re-orient(Sweden) and the Paleo Festival in Switzerland. The bhangra sound has swept the music market both in the UK and Europe.

The band has appeared on many TV shows including Bhangra girls on BBC2 and Shout on Channel 4. The band has recorded over 12 albums and plan to release their new ‘Best of Achanak’ in the summer of 2009 to celebrate their 20 years in the music business.

The band have also appeared on the recent X box game from Microsoft Project Gotham Racing 3 which has raised the profile of the band and the genre generally.

The band has toured extensively throughout Europe including the US, Dubai, Singapore, Malaysia and Tokyo – Japan. During this time they have collected many awards including the best band in 2002, best live act in 98 and 99 and each of their bhangra releases has charted and sold in excess of 45,000 units with in the UK. The band and its label is now targeting the wider world music market and a promotional copy of the live show has been included.