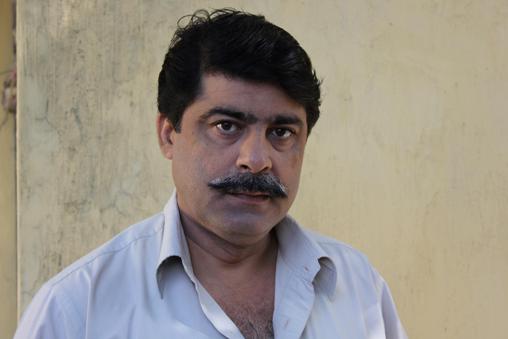 Ajay Paul Singh Andotra is a theatre/radio/t.v./film actor from jammu presentally staying in mumbai. Although he went on stage for the first in the year 1978, and then in 1979 in school performances, it was only in the year 1981 that She started regular theatre. First being "under secretary" at Abhinav theatre, jammu kisska haath, ek tha gaddha, dilli uncha sunti hai, jasma oddan, mahabooj, girgit, bawa jitto, poster, ram sam jaadu, akhbaar, moote ram ka satyagrah, arre mayavi sarover etc are the plays wherein he has performed under different directors of national repute. He has also been performing on Radio kashmir, Jammu as approved drama artist since early 90s. He is a approved actor from Doordarshan kendra, Jammu in both Hindostani & Dogri languages since early 90s.he has participated in many T.V. serials and T.V. films which had been telecasted from DD kashir, DD jammu, DD jalander, Kuggi maar Duarri is his first commercial feature film (Dogri) released in december 2011. T.v. serials jodha aKhbar & New Ramayan are His recent works with balaji telefilms & sagar pictures respectivelly in mumbai.