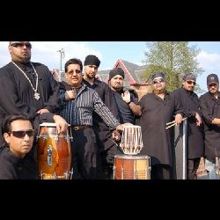 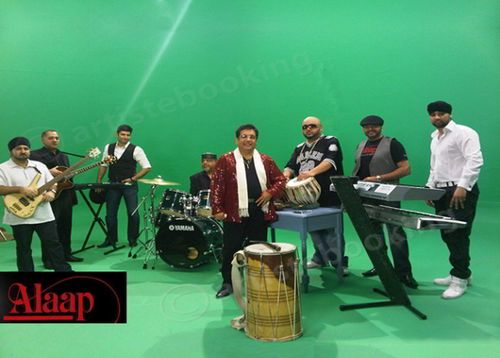 Alaap is the London, England part of United Kingdom base Music Band. The Alaap Band is responsible for creating a new era in punjabi music and recognised all over the world with his songs. The band almost completed three decades in music industry, the formed in 1977. Channi Singh is the lead singer and founder of the band. In 70's the band credited as the pioneers of modern Bhangra Music.

The Alaap band was formed in 1977 by Channi Singh, who gave punjabi music a new identity and brought punjabi culture back to its youngesters. they created a new modern sound and became responsible for changing the entire face of Punjabi music by fusing eastern and western music and beats. They created history by breaking barriers and opening doors for bhangra in to the mainstream.

Channi is the first Punjabi artist who is honoured with an OBE from the Queen of British Empire for his services to Bhangra Music. They also record the highest sales and receive triple gold and platinum dics. They also first travel around the world as a modern Bhangra band and feature in the world Guinness Book of record for the most successful and longest running Bhangra Band.

Performing on the BBC, for the peace keeping forces in Bosnia, for the WOMAD organisation at mainstream festivals, for the Commonwealth Delegates in Trinidad, for the Princes Trust at the Royal Albert Hall in the presence of Prince Charles, with mainstream artists UB40, Peter Gabrielle, Robert Palmer and the Pogues at Birmingham Football Stadium, at the Natural History Museum for Imran Khan’s cancer appeal and at prestigious venues like Wembley Arena, Royal Albert Hall, Madison Square Gardens had also never been done before by any other Bhangra band. Channi went on to become the first Bhangra artist to collaborate with Queen of melodies Asha Bhosle for his Platinum selling album ‘Chham Chham Nachdi Phiran’. Recently, Channi and his star daughter Mona Singh also became the first Punjabi artists to be invited by the Prime Minister, David Cameron, to perform at 10 Downing Street.

Channi created another first when he became the first British Asian artist to compose and direct music for big banner Bollywood films such as Feroz Khan’s ‘Yalgaar’, ‘Janasheen’, K.C. Bokadia’s ‘Shakitman’ and a few others yet to be released. Over the years, a number of Bollywood films have also copied Channi’s compositions from his Punjabi albums – One such example is the famous song ‘Mujhe Neend Na Aaye’ from Amir Khan’s film Dil, which was released in 1990. This was a copy of Channi’s original song ‘Chunni Ud Ud Jae’, from the album ‘Nach Mundeya’, which Channi released in 1986.

After 35 years of pioneering the Bhangra music scene, Channi and his band Alaap are still regarded as ‘The hottest and most successful Bhangra band in the history of the universe’. Alaap means ‘Leaders’ and in true sense they are the leaders of the modern Bhangra music scene, which paved the way for many others to follow.

Why Book Alaap Through ArtiseBooking?