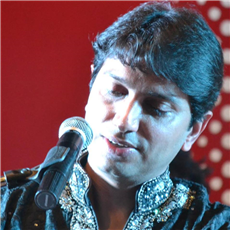 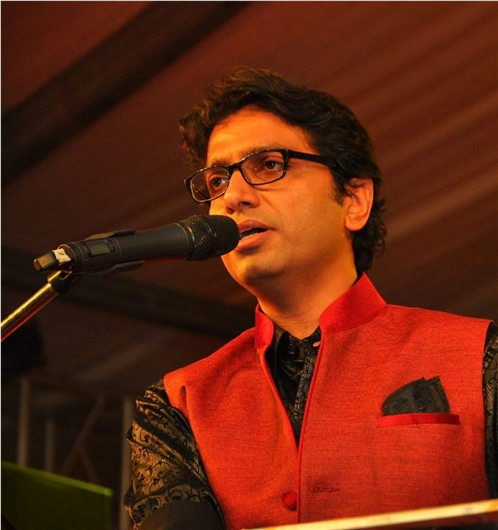 He was born & brought up in Delhi, the city of Mirza Ghalib in January 1971. His parents hail from Rajasthan, the land which has given the world of Ghazals its most famous names: Ustad Mehdi Hasan and Maestro Shri Jagjit Singh.

Beging of The Musical Journey
Although he was not born in a family of musicians, Amrish got his initial inspiration from his parents, particularly his housewife mother who used to learn music at home.
About his Training & Music Gurus:
Classical Music:
His search landed him to Shriram Bharatiya Kala Kendra, where he started learning Hindustani Classical music from Vocalist Mrs. Anita Roy and also Tabla from Ustad Bundu Khan. After a couple of years, he joined Sangeet Shiromani, a two year diploma in Hindustani classical music, from the Faculty of Music & Fine Arts of Delhi University. In 1993 he walked up to ‘Swarangan’ the home of eminent classical vocalists duo Pt. Rajan & Pt. Sajan Mishra, who soon got convinced of his dedication and talent for singing and took him as their disciple and are Amrish’s Gurus since then till now.

Light Music:
Apart from his official and formal above mentioned Gurus, his keen ears were always in thirst for anything good in music and has been influenced by other great singers of the sub continent

Why Book Amrish Mishra Through ArtiseBooking?