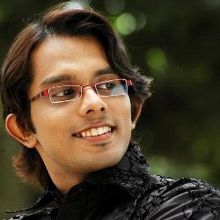 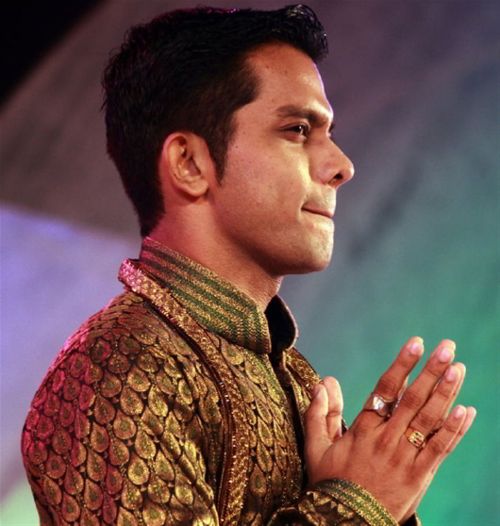 Anand Narayan (born 4 October 1985 in Kerala, India) is a television personality and an upcoming playback singer, from India. He hosted 'Josco Indian Voice', a highly-acclaimed music reality show on Mazhavil Manorama, the HD entertainment channel launched by Malayala Manorama. Anand, shot into fame as a presenter-cum-performer on Amrita TV Let's Dance, the first-ever dance reality show for pairs on malayalam television. Formerly he was noted as a talented contestant on other music reality shows such as Amrita TV Super Star Global, Idea Star Singer 2006 and SS Music Voice Hunt. He has also worked as show-host on Kiran TV and Asianet Plus. Hailing from the city of Thiruvananthapuram, (Kerala, India), he did his schooling at Loyola School and pursued his B.Tech degree in Computer Science from SCT College of Engineering. After graduation he went on to become a software engineer, based out of Bangalore. Presently he is a popular stage performer, singer and presenter who has given performances all across India, and in countries like US, UK, Russia, Germany, Switzerland, UAE, Vietnam, etc. As a playback singer his first song was Mamboo Paadam.., from the movie Orkkuka Vallappozhum. Set to tune by M Jayachandran, this song earned him a 'Radio Mirchi Music Award' Nomination for the 'Best Upcoming Singer' in 2009. In 2010 he sang for the Mammootty movie Best Actor wherein he wrote the rap lyrics as well. The album won a 'Radio Mirchi Music Award' that year.

Why Book Anand Narayan Through ArtiseBooking?