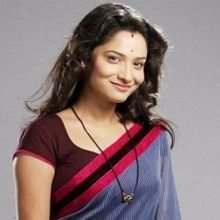 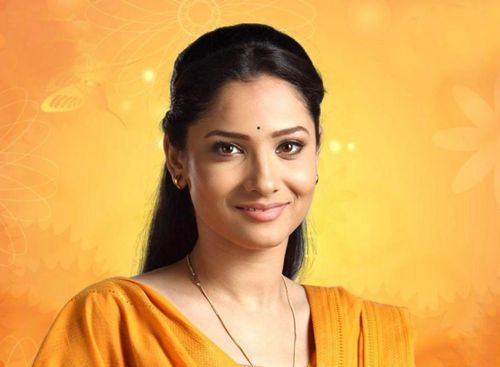 Ankita Lokhande is an Indian television actress best known for playing the role of Archana Manav Deshmukh in the soap opera Pavitra Rishta since 2009. Ankita Lokhande made her television debut in the reality talent show Zee Cine Stars Ki Khoj (Season 1) in 2006, and earned accolades from directors such as Mahesh Manjrekar and Satish Kaushik. In 2009, Lokhande was cast as the female protagonist Archana, the wife and mother in Ekta Kapoor's soap opera Pavitra Rishta on Zee TV. In 2010, she was seen as a guest in an episode of Comedy Ka Daily Soap. She gave a special dance performance in the show. In December 2010, she participated in the fourth season of the celebrity dance show Jhalak Dikhhla Jaa with choreographer Nishant Bhatt. She was eliminated at the 5th position on 21 February 2011. In 2013, Lokhande appeared in Ek Thhi Naayka an eight-episode mini series created by Ekta Kapoor for the promotion of the film Ek Thi Daayan. The episode aired on 9 and 10 March 2013 on Life OK. Ankita hails from Marathi background. She lives with her partner, actor Sushant Singh Rajput, in a Lokhandwala neighbourhood. Sushant proposed Ankita on national television on February 2011 on a show called Jhalak Dikhhla Jaa (Indian Dance Series) and she said yes. Ankita met with Sushant on the sets of family TV serial named Pavitra Rishta.

Why Book Ankita Lokhande Through ArtiseBooking?