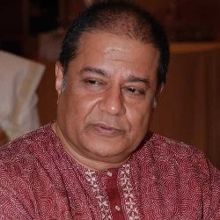 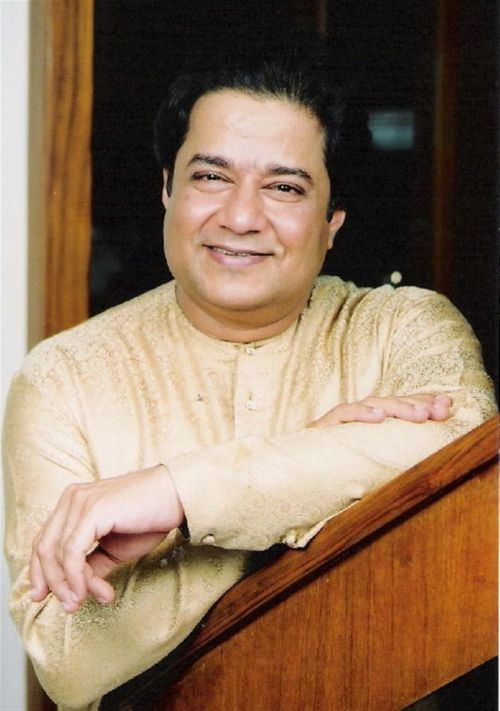 Anup Jalota is an Indian Ghazal, Bhajan Singer and Musician, he was born ( July 29, 1953 ) in Phagwara, Punjab, India. He is widely known for his devotional Bhajan and Urdu form of Poetry. He is also known as the "Bhajan Samraat" and he is also award "Padma Shri" in 2012 by Indian Goverment for his Classical Music and Ghazal's.

Anup Jalota was born in Phagwara Punjab in 1953. He is hails from the Sham Chowrasi Gharana of Punab his father name is Purushottam Das Jalota. He was born in Educated in Lucknow, he has one brother Ajay Jalota who currently lives in California, and two sisters Anjali and Anita Mehra. He learnt music from his father, his father is also an Bhajan Exponent. Anup singing in 8 Language's.

In His struggle time in Mumbai, at last he got job as a singer in All India Radio Chours Groups salary of Rs 350, he is also used to train student in Music Privately. Anup's feats boast of an outstanding record of over 1200 songs including Ghazals and Bhajans.

Anup did married two times in his life. His First marriage was with Sonali Rathod, Currently Roop Kumar Rathod's wife. Anup Jalota is married to Medha Jalota, niece of former Indian Prime Minister Inder Kumar Gujral. They have a son Aryamann (born in 1996), who is studying in Mumbai.

Anup started his career from working in All India Radio Chours Groups. He is usually backed by a Santoor Player, Dholak Player, Sarod Player, Sarngi Player, Voilinist Sitar Player, Tabla Player and Guitarist. He sang many Popular Bhajans Include Aisi Lagi Lagan, Main Nahi Makhan Khayo, Rang De Chunariya, Jag Main Sunder Hain Do Naam and Chadariya Jhini Re Jhini. He is also worked as the presenter of the Television Program Dharam Aur Hum airs on Star Plus during 2002 to 2005.

Why Book Anoop Jalota Through ArtiseBooking?