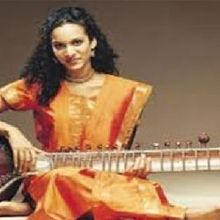 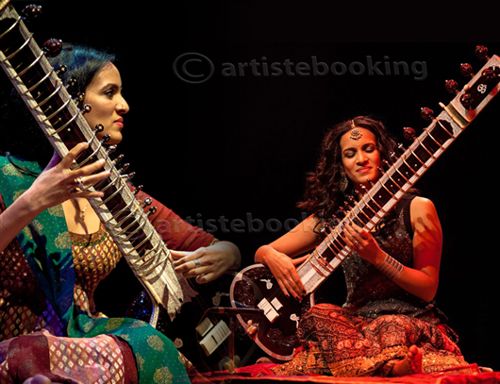 Anoushka Shankar was born in London into a Bengali-Tamil Hindu family, and her childhood was divided between London and Delhi. She is a daughter of Indian sitar player Ravi Shankar and Sukanya Shankar. She is also the paternal half-sister of American singer Norah Jones, and Shubhendra "Shubho" Shankar, who die.d in 1992 . Anoushka Shankar began training on the sitar with her father as a child, with practice consisting of just a couple of sessions a week at the age of ten. Shankar gave her first public performance at the age of 13 at Siri Fort in New Delhi. By the age of fourteen, she was accompanying her father at concerts around the world, and signed her first record contract, with Angel Records (EMI) at 16.

She released her first album, Anoushka, in 1998, followed by Anourag in 2000. Both Shankar and Norah Jones were nominated for Grammy awards in 2003 when Anoushka became the youngest-ever and first woman nominee in the World Music category for her third album, Live at Carnegie Hall.Shankar, in collaboration with Karsh Kale, released Breathing Under Water on 28 August 2007. It is a mix of classical sitar and electronica beats and melodies. Notable guest vocals included her paternal half-sister Norah Jones, Sting, and her father, who performed a sitar duet with her.Shankar has given soloist performances of her father's 1st Concerto for Sitar and Orchestra worldwide. In January 2009 she was the sitar soloist alongside the Orpheus Chamber Orchestra for the series of concerts premièring her father’s 3rd Concerto for Sitar and Orchestra, and in July 2010 she premiered Ravi Shankar's first symphony for sitar and orchestra with the London Philharmonic Orchestra at London's Barbican Hall.

Why Book Anoushka shankar Through ArtiseBooking?