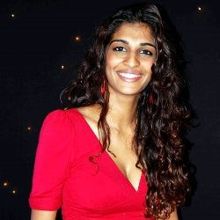 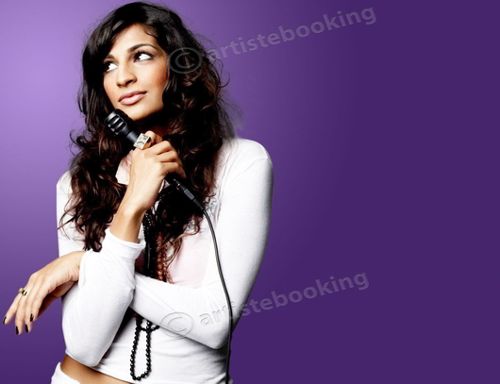 Anushka Manchanda was born in Delhi, India. She gained popularity when she emerged as a winner of the Indian television talent show, Coke [V] Popstars in 2002, and formed the first Indian pop girl band, named Viva!. After the group spilt because of differences, Anushka got to work as VJ for Channel [V] for a short time. She then stepped into playback singing in theTamil film industry by singing the song "O Mahire" from the 2004 film Manmadhan under the direction of noted music composer Yuvan Shankar Raja. She later worked several times with him to create popular songs like "Thee Pidikka" (Arinthum Ariyamalum), "Kudakooli" (Kalvanin Kadhali), "Money Money" (Thimiru) and "Oh..Oh..Ennanamo" (Chennai 600028). In 2006 then, she got her first opportunity to sing for a Hindi film as well, which was the title song of the film Golmaal, composed by Vishal-Shekhar. This was followed by several other songs under other noted music composers as Anu Malik, Salim-Sulaiman, Pritam and Shankar–Ehsaan–Loy. She has also done a ameo role in the Bollywood film Dulha Mil Gaya, for which she has sung three songs as well. She has also appeared in a realty show of MTV Pulsar Stunt Mania in year 2010. She recently featured by Akcent in 'I am Sorry', which went to high critical acclaim.Currently she appears in a video, singing a song titled, "What would you do?" as an advertisement for Grey's Anatomy reruns on Star World. She has a successful career in Bollywood. Her song "dum maro dum" in the film "Dum Maro Dum" gained immense popularity. She has also sung "maine yun kabhi socha na tha" in "Game", "apna har din aise jiyo" in "Golmaal 3". In 2013, she sang the remix version of 1991 hit song (originally sung by Kavita Krisnamurthy in the film Chalbaaz) "Na jaane kahan se aya hai" featuring Neeraj Shridhar. The song was so popular that it topped the Indian topchart for more than two months. The song is pisturised on Chitrangada Singh and Prachi Desai and was used in the film "I, Me aur Main".

Why Book Anushka Manchanda Through ArtiseBooking?