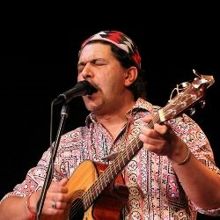 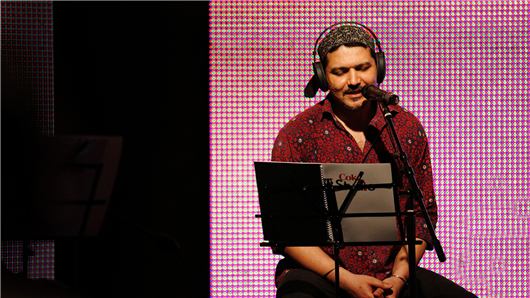 Arieb Azhar is a Pakistani pop singer. His most famous hit is Husn-e-Haqiqi. He has made appearances in Coke Studio's Season 2 and Season 3.

Arieb's musical journey started as a child when he discovered that when he expressed himself vocally, people would pay attention. Because both his parents were involved in television and theatre he was exposed at an early age to different musical expressions. According to him the early folk and classical music he listened to influenced his later love for traditional music. He picked up the guitar in his teens as a simple acoustic accompaniment for his voice. During this period of his life he was greatly influenced by the humanist poetry of Faiz and Sheikh Ayaz, and by the humanist and revolutionary music and poetry of Latin America, and he often performed and sang for left wing student functions and political rallies in Karachi and interior Sindh.

Arieb's music came into the limelight of the Pakistan music scene because of his input in seasons two and three of the celebrated Coke Studio project. He has toured around Pakistan and also performed at esteemed festivals such as the World Performing Arts Festival of Lahore, the Lok Sanjh Festival of Amritsar-India and the INmusic festival of Zagreb-Croatia.

Arieb is currently finishing his next album, which, besides the well-known humanist poets of the sub-continent, will also incorporate contemporary poets such as Sheikh Ayaz, Arshed Bhatti and Akhtar Qayum. According to him, "True music is the union between the individual and the universal; a release, rapture, celebration, quest, lament of the human spirit. If I am able to touch that in moments of my life, I consider myself fortunate!"

Why Book Arieb Azhar Through ArtiseBooking?