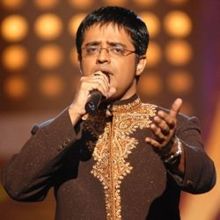 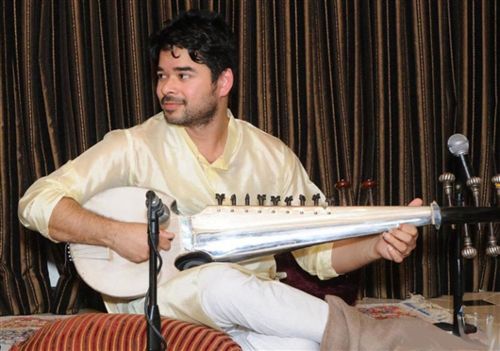 Arnab Chakrabarty is an Indian Bollywood, Hindustani classical musician and sarod player. He was born in September 19, 1980, in Mumbai, Maharastra, India. He is India's one of the best sarod player.

Arnab was grew up in Mumbai, where his father was a professor in Indian Institute of Technology. His Intiail tarining in sarod playing under the sarod exponent Brij Narayan, disciple of his father the Sarangi maestro Pandit Ram Narayan and also Ustad Ali Akbar Khan of the Seniya Maihar Gharana. Arnab subsequently trained under Pandit Buddhadev Das Gupta of the Shahjahanpur Gharana.

At the age of 18 Arnab received scholarship from Ford Foundation, which led to a dual degree in ethnomusicology and international relations from Hampshire College in 2002. This experience exposed him to other traditions of music, and led him to experiment with new ideas in sarod construction and design, as well as musical idioms.

Arnab's early training followed the Maihar and Shahjahanpur schools, which both derived from the Senia idiom founded by the legendary Mian Tansen. However, he has long been influenced by the vocalism-inspired style of the Etawah Gharana, which was taken to new heights by Ustad Vilayat Khan.

Arnab had reverted to training under a master of Shajahanpur Gharana, Prof Kalyan Mukherjea, until Mukherjea's death in march.

Arnab has had several significant concerts. He made his solo debut in 1994, and won the National Collegiate Competition for Music and Dance three years in a row between 1995 and 1997. In 1999 he performed before Dr Kofi Annan, then the United Nations Secretary General, a memorial programme for the Pakistani peace activist Eqbal Ahmed. Notable performances at home include recitals at the IMG-Britannia Young Masters’ Festival, Mumbai; the Uttarpara Music Conference, Kolkata; and concerts at the Nehru Centre and the National Centre for the Performing Arts.

Why Book Arnab Chakrabarty Through ArtiseBooking?