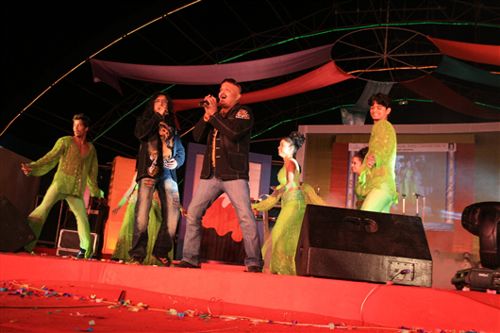 Aryans is an Indian well known India Based Pop Band. The band consists of Sadashivan Nambisan, Dj Narain, Atul, Yaman and Varun. Aryans are better known for their all time hit tracks. They are aslo well known as the pioneer of the rock band in India. Their are 4 albums available in the market. One of the hit album is Aankhon Mein Tera Hi Chehra that was their most popular album by them. Aryans are the biggest Selling and most Popular band of the country for last 10 yeras. They also recorded the greatest number of albums for any pop group in India.

Their music is refeshingly Original, Exiting and Amazing Melodious, No Pop group in India has given as many hits as they have. Their public performances and concerts are now Incredibly Engergetic, Entertaining, Pulsataing and Astoundingly Interactive. Nominated multiple times for music channel awards, they have performed at more than 700 shows in India and all over the world. In a country where Film Music subsumes every known form of music, Aryans now occupy an immortal and unique place in the History of Rock & Pop Music in India. They come from hugely diserve background with extraordinary talent and together making some of the finest and Evergreen Indian Pop and Rock for the Generation.

Why Book Aryans Through ArtiseBooking?