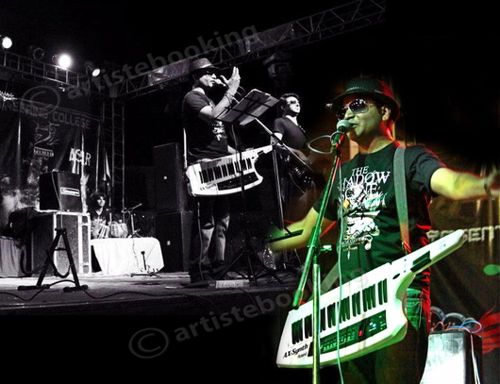 The idea to form ASAR Tauheed was to produce su­fi rock music. ASAR Tauheeis a six member band that thrives on creating original music that is emotionally dintense and technically dazzling. It’s a bond of intellectual and musically sound Their music is refreshingly original, exciting and amazingly melodious. Their public performances and concerts are incredibly energetic, entertaining, pulsating and astoundingly interactive.  In a short span of time ASAR Tauheed has developed its roots in the music world and has established its own identity as a successful rock band and this could be easily recognized by their loving and enthusiastic fan following in various parts of the country. The band has achieved success because of the taste they possess in music, which is adorned by many and praised by the masses, that is evident in every live concert of the band where the crowd sings along their originals.  Besides their original compositions their repertoire includes popular Hindi songs from Bollywood and covers from su fi artists.

Why Book Asar Tauheed Through ArtiseBooking?