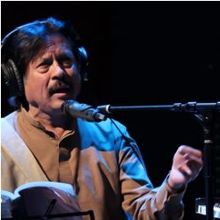 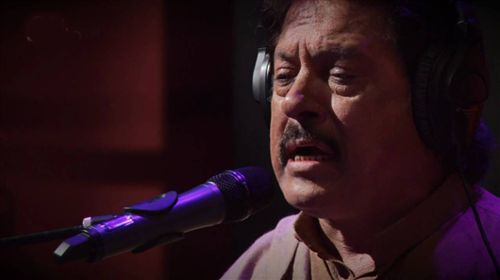 Attaullah Khan is an Pakistani Singer. His full name is Attaullah Khan Niazi Esakhelvi, he was born on 19 August, 1951 in Mianwali, Pakistan. He is also known as "Lala". Attaullah Khan is a Pride of Pakistan for his singing talent. He is traditionlly considered a Seraiki Artist but his music albums are in Punjabi and Urdu.

Attaullha Khan was born on 19 August 1951 in Essa Khali, Mianwali, Punjab, Pakistan. He is from Punjabi traid. Attaullah has font of music from his childhood, but music as a profession was srtictly prohibited in his home. Despite the restriction on music in his home, Attaullah secretly sought to learn more about music. His school teacher inspired him and taught him Mohammed Rafi and Mukesh songs and told never to stop singing. Attaullah tried to explain his passion for music to his parents and tried to convince them to let him sing, but they forbade him to continue singing. Disillusioned, Attaullah left home when he was eighteen years old. He traveled extensively within Pakistan and supported himself by working from Mianwali.The Mianwalian's( people of Mianwali) love this person because of his voice. In his home town Esakhel people put their hotels' names after his name because they think he is such a great singer and proud of Mianwali & PAKISTAN.

Attaullah relocated to Lahore after becoming a professional musician in Punjabi, Urdu and English. He has been married two times and has three children. After spending many years in Lahore he moved back to Isakhel.

After leaving his home Attahulla Khan continue his music training. In 1972, Attaullah was invited to perform on Radio Pakistan, Bahawalpur, in a same year he performed in a concert of Mainwali. In 1973 hge perfromed on Neelam Ghar. After that Attaullha Khan was invited by a company in Faisalabad for recording a folk song.

In 1980, Attaullha Khan is also in International like United Kingdom in 1980. After that he relased many videos under the various labels including Hi-Tech, OSA and Moviebox. He has recorded more than 40000 songs in seven languages.He received lifetime achievement award from the British queen (ELIZABETH II). He had his name registered in Guinness Book of World Records in 1994 for highest number of audio albums released.

Why Book Attaullah Khan Through ArtiseBooking?