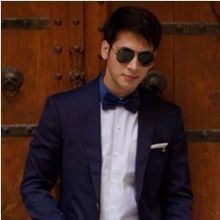 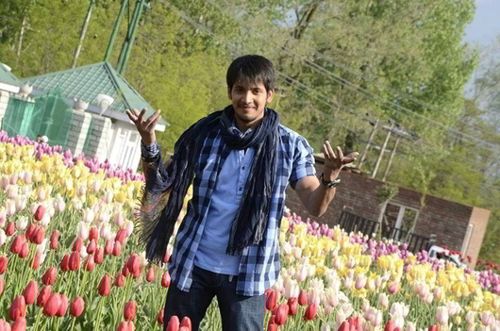 Ayaz Ahmed is an Indian television actor who appears in many television serial. He has done a couple of ads and small stints on TV. Ayaz Ahmed was born on 24 september 1986 in Kolkata. Ayaz Ahmed achieved acclaim in the MTV show, "Roadies" He was last seen making an appearance in SAB TV's' laughter riot show, "I Love My India". Ayaz essayed a small role in Balaji's Kitani Mohabbat Hai, followed by DJ's Meri Toh Lag Gayi Naukari, a show which came to an abrupt end within a few months of its launch. He also has done a commercial for Pepsi opposite Ranbir Kapoor. And now Ayaz is all set to be a part of Life OK new show Do Dil Ek Jaan to play lead role of Raghu. Ayaz Ahmed, who has worked in I love My India and has done some important roles in real-life crime based shows has now got his big break with Life Ok's Do Dil Ek- Jaan. He feels that this show is not only the biggest show of his career but is also his big break. He said, "All the shows that I've done so far in my career are special but this show is one of my career's big break. Jaan is a big show no doubt but the most interesting part for me is that I am getting a chance to a romantic role that have never done in my career. My character Raghu is totally opposite of me so I have actually come out of my comfort zone to do it. Raghu has so much passion, intensity that the moment I heard it I decided to do it. Jaan is really a blessing.I am happy that I got an opportunity to show it in Jaan," added Ayaz. About the preparation, he said, "Since I was lean, I started working out and developed some muscle for the role. I also worked on my look and grew a beard as the character of Raghu required me to appear rugged. We also did our own performance designing. Since Nikita and I haven't done romantic roles before, we also underwent a three-day workshop. But to tell you the truth, romancing on screen is like comedy." Ayaz has been teamed in with Nikita Sharma, who plays a Kashmiri girl in the show, about his chemistry with Nikita, he said, "On screen, our pair is being appreciated and the chemistry is evident. Off screen I pity her as there are many pranksters on the sets who pull her leg and bully her."

Why Book Ayaz Ahmed Through ArtiseBooking?