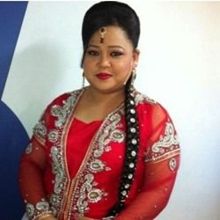 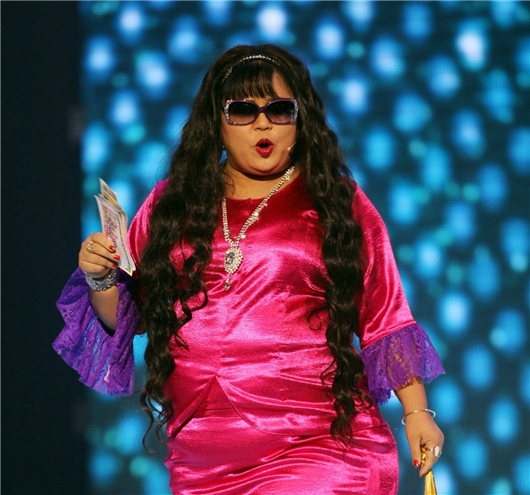 Bharti Singh is an Indian stand-up comedian and actress in Hindi and Punjabi films from Amritsar, Punjab, India. Singh was the second runner-up of stand-up comedy reality series The Great Indian Laughter Challenge (Season 4) on STAR One, where she received acclaim for her stand-up comedy characters including a child character named "Lalli." She also appeared as a participant in Comedy Circus's 2010 series, Comedy Circus Ke SuperStars and Comedy Circus Ka Jadoo. And in 2011 she appeared in Jubilee Comedy Circus, Comedy Circus Ke Taansen and Comedy Circus Ka Naya Daur on Sony Entertainment Television. Also in 2011, she acted in the TV series Pyaar Mein Twist on STAR Plus and later appeared as a contestant on the celebrity dance reality show, Jhalak Dikhhla Jaa 5 (2012).In 2012 she hosted the television show Sau Saal Cinema Ke which telecasted on the 15th of December on Star Plus along with Karan Tacker,Ragini Khanna and Shruti Ulfat.She also appeared as a guest star on MasterChef India Season 3.

Why Book BHARTI SINGH Through ArtiseBooking?