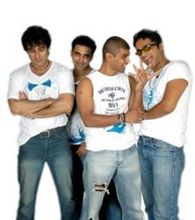 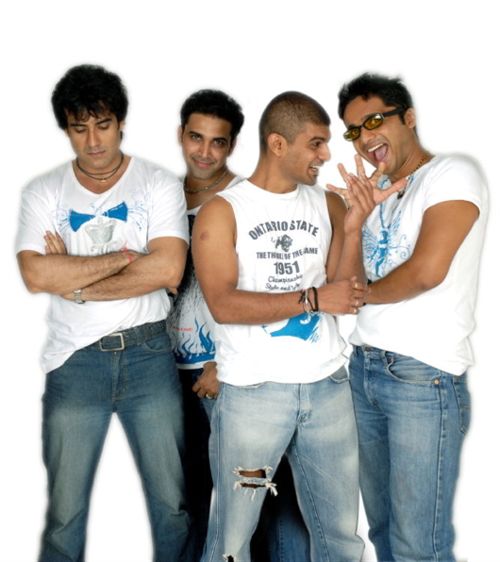 About Band of Boys

The released their first album in 2002 name as "Yeh Bhi Woh Bhi" was got great response with song "Meri Neend" crossing sales record about 1,00,000 units in less then a for night of its launch. The album sales did so well that two more videos shot and the album re-released as "Gori" with the song gori spearheading the sales this times.

Band of Boys debut film is "Kiss Kis Ko" was released in october 2004, they not just acted in this movie they also compose the music themselves.

In 2006 They released their third album Gaane Bhi Do Yaaron with the video song "Nain Katari" followed by "Aa bhi Ja" and "Sunn Lo Zara", the album was huge sucessful.

While Band of Boys are essentially singers, they have been trained in all aspects of stagecraft culminating in their stage shows being something to watch out for – the boys sing, dance & act, and their shows are modeled on Broadway performances abroad. While Hindi music (Indipop and film music) is their forte, they also sing English numbers.

Why Book Band of Boys Through ArtiseBooking?