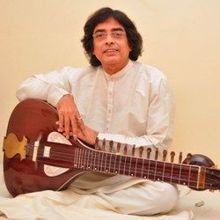 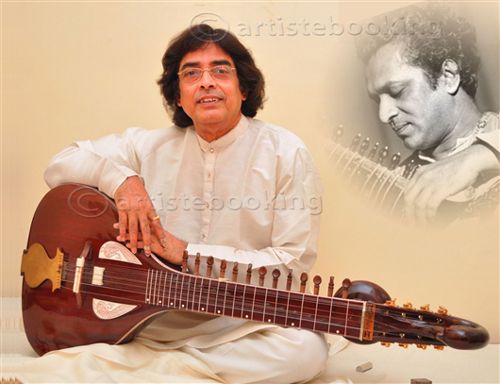 Barun Kumar Pal is an Indian classical Veena Player. He was born in year of 1948 in Dhaka, Bangladesh but his talent and songs were made him widely known and famous in all over the world. He started learning music in Early age from his father and Elder sister at the age of 5 and also trained by Prof. Nikhil Banerjee and Pandit Hariprasad Chaurasia, he also gave his first performance at the age of six in front of Jawahar Lal Nehru. In the year 1972 - 1973 he was the first artist given an A Grade in Indian classical and light music on guitar by All India Radio. Barun Kumar has performed prestigious concerts extensively in India and all over the world.

At the age of Six Barun has performed on All India Radio and he has also performed in front of Pandit Jawahar Lal Nehru and his performace was highly appreciate by everyone. He is the son of Late Shri Bankim Kumar who is also a sitar artist and his father also gave many performaces for All India Radio in 1949 to 1961. His mother name was Himani Pal.

He has two sister elder sister Manju Bannerjee and Second Sister Namita Paul, Manju Sitar artiste of AIR Cuttack-Calcutta-Ranchi and a disciple of Professor Nikhil Bannerjee and Namita disciple of Guru Kelu Charan Mahapatra and a regular performer as an Odissi dancer. Barun Has a daughter Chandrima Pal who was a Journalist and Author and married to Sumit Bhattacharya Journalist and blues rock guitar player.

In 1971, he designed and introduced the improvised version of slide guitar, by adding extra strings as well as sympathetic strings, to suit the playing of Indian classical music in its true form. In 1972 he become the first A grade artiste of AIR in light music on slide guitar. Since then, he has been working hard in the teaching, development, recognition and appreciation of the Hawaiian slide guitar as an Indian classical music instrument. By God's grace, he got global recognation and appreciation of the new instrument as the 'Indian Classical Guitar', manufactured by Mr Bhabasindhu Biswas of Kolkata.

As known artist he performed in many concerts in india and all over the world such as at the age of 6 he performed on All India Radio and in front of Pandit Jawahar Lal Nehru later while growing he reached out of Bangladesh and become known world wide such as Singapore Indian Academy of Fine Art and Ranchi and many more. He also award with many awards like Sangeet Prabhakar, Allauddin Sangeet Ratna, Abhinava Kalakar, Jadu Bhatta, Pt Gama Maharaj.

Some views for the performances of Barun :- Director, cultural and special events, Asheville, University of North Carolina, USA, writes…Your clear, concise and joyful conversations, lecture demonstrations and performances resulted in a high degree of involvement in not only learning about Indian classical music but also the pure delight of simply sharing this beautiful and ancient tradition…you gave us the ability to hear and understand in new ways..Dec5,2007.