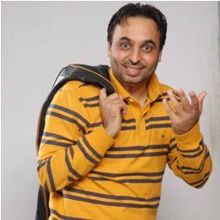 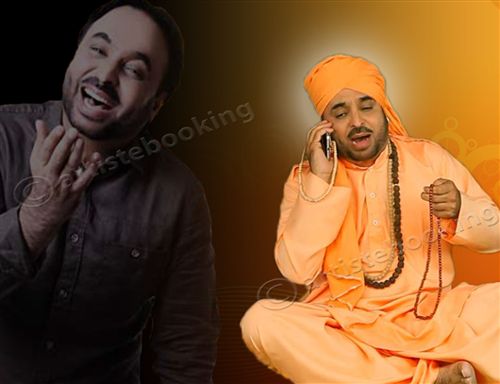 Bhagwant Mann(born 17 October 1976)is an Indian comedian and politician, who is famous for his skits in Punjabi language. He started his comedy career by participating in youth festivals and inter-college competitions. He won two gold medals from Punjabi University Patiala for Sunam College.His second comedy album was a huge success entitled "Kulfi Garma Garm". Bhagwant Mann's comedy focuses on Indian issues — politicians, policemen, business departments, and sports. His first comedy album was with Jagtar Jaggi and together they were the most successful comedy partnership of the 1990s creating many successful comedy albums. They also created a show for Punjabi channel Alpha Punjabi called Jugnu Kehnda Hai. After 10 years together, Jaggi and Mann split when Jaggi felt he was not getting enough credit. After their split, Bhagwant Mann became partners with writer and co-actor Rana Ranbir. Both were very popular and worked together on Jugnu Mast Mast for Alpha ETC Punjabi. In 2006, it was announced that Bhagwant & Jaggi had settled their differences and were due to reunite. Both toured Canada & England with their stage play No Life With Wife. Bhagwant also gained nationwide fame when he competed in the Great Indian Laughter Challenge on Star Plus. This widened his audience and made him very popular throughout the world.He is nowadays the world's most appreciated Punjabi comedian.People love to hear his songs a lot.

Why Book Bhagwant Mann Through ArtiseBooking?