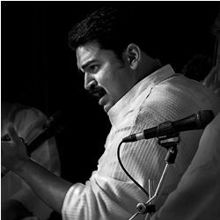 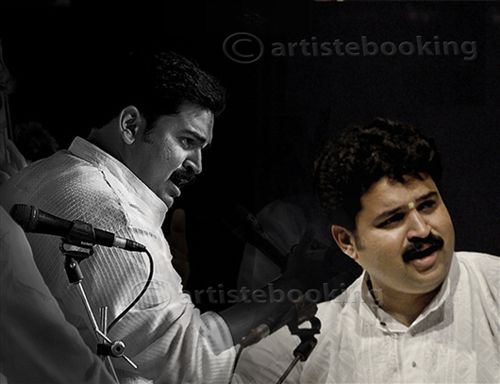 Bhuvanesh Komkali is an Indian Classical Singer. He belongs to a musical family Komali looks upon his grandfather as a role model and he inherited this trait and technique from his ancestor.

Komkali has trained by his grandmother and also with Delhi based singer Madup Mudgal. At the age of 35 year old singer during the last three years he won quite a few accolades. Karnataka goverment honoured him the Mallikarjun Mansur Memorial Award an accolade given to outstanding young singers.

Komkali, like his grandfather, seeks to present compositions and ragas relevant to the theme governing the situation. For instance, a few years ago, the vocalist was invited to perform at the Pashupatinath festival in Kathmandu, Nepal. The venue of Komkali’s performance was the Shiva temple. “There are a number of compositions depicting Lord Shiva,” said the singer. There were several traditional compositions in established ragas available to Komkali. “He sing “Sir Pe Dhari Gange” in the raga Shankara which was popularised by my grandfather,” said Komkali, “but he thought that he must do something new. Therefore, Komkali made several compositions based on Shiva stotras (hymns) and ashtak poems and sang them,” he said. For his upcoming concert, Komkali will probably perform pieces set to ragas like Todi and Bilawal. He will be accompanied on the harmonium by Niranjan Lele, and on the tabla by Utpal Dutt.