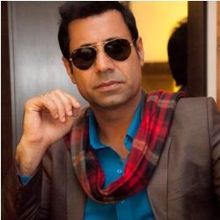 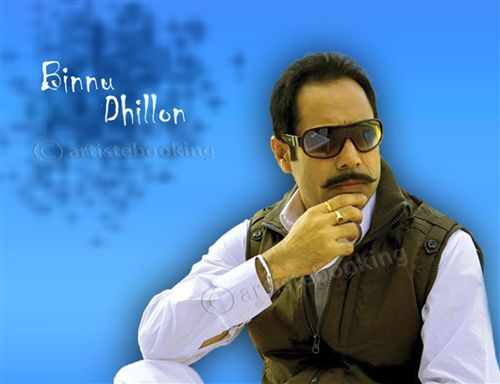 Binnu Dhillon is an Indian Comedian and Actor. He was born on 29 August, 1975 in Dhuri, Sangrur, Punjab, India. Binnu is known for his comedian acting in punjabi movies in the follwing his role as Jalie in Munde UK De.

Binnu belongs to a small town Dhuri in Sangrur district of Punjab, where he did his schooling from Sarvhitkari Vidya Mandir Dhura (S.V.M). He has a post-graduate degree in Theatre and Television from Punjabi University, Patiala.

Binnu began his career as a Bhangra performer and had an opportunity to perform at the India Festival in Germany and UK before he entered the acting field. He aspired to be an actor as that was his original plan so he made his acting debut with the television series Parchhawain, where he was introduced by the writer director Gurbir Singh Grewal in 1998. When he began his acting career, he primarily worked in popular television series including Parchhaawain, Sarhad, Lori, Gaoundi Dharti, Sirnaave, Man Jeetey Jag Jeet, Channo Chan Vargi, Professor Money Plant, Jugnu Hazir Hai, Jugnu Mast Mast, Padam Paria, Kankaal, Aaste, and Pagdandian. He continued to perform in Tele Films: Khara Dudh and Khich Ghuggi Khich. Later, he gained more fame for his different roles. Since then, he has been part of numerous commercially successful films like Shaheed-E-Azam and Dev D.

He has also done some acts with comedian Bhagwant Maan. In 2010 he directed a play Naughty Baba in Town that was performed in both US and Canada.

Why Book Binnu Dhillon Through ArtiseBooking?