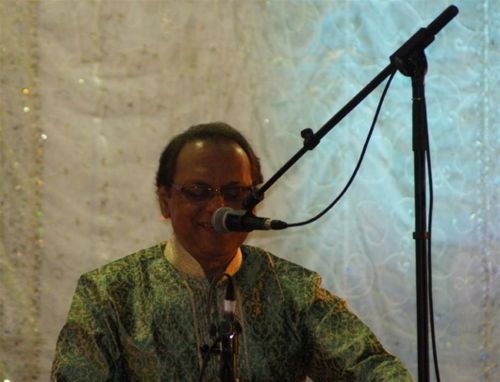 Chandan Dass is an Indian Popular Ghazal Singer. He was born on March 12, 1956. Chandan is living in New Delhi, India.

Chandan Das was born in New Delhi, India on March 12, 1956. Chandan Dass started singing form at the age of 8. His first Guru was Ustad Moosa Khan, He is also trained in Classical Music under Pandit Mani Prasad of Delhi.

His first album was released in 1982 when Talat Aziz discovered and Introduced him to Music India Ltd. His first album was an Instant hit, which encourage him to released many more albums and cassettes. After that he started composing music for his albums and along with singing, and he is also sung for many popular Tv serials and films.

His proficiency in his singing talent achieve them many awards in his career. His album Deewangi was a trendsetter apart from being one of the most popular ghazal singer in recent times, he is also composing music for Bollywood Movies.

Chandan is also given all over india's performances and also in abroad such as he is also toured the world for renditions and aslo performed in a Live Concert in Netherland, Recently he was Chief guest at the five days Inter faculty youth festival and cultural fest Spandan 2013 of Banaras Hindu University held in February-March 2013.

Why Book Chandan Dass Through ArtiseBooking?