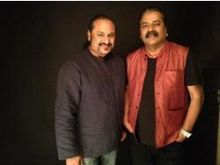 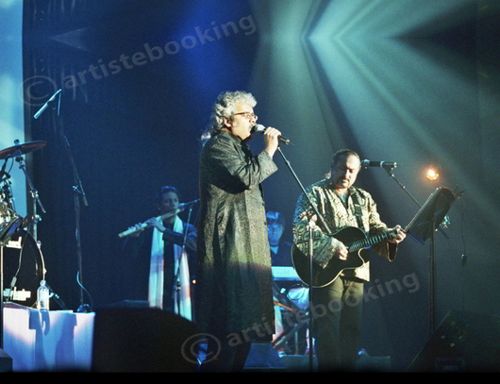 Colonial Cousins is an Indian Duos band of Singer Hariran and singer composer Leslie Lewis. They both are Individually successful person in Music and Entertainment Industry. The band formed in 1992 by both of them in a evening whlie Jaming by Lewis and Alaap by Hariharan. Their Unique band of music fused Indian and Western musical genres, Instantly they won the hearts of everyone by his unique fusion.

In One evening they both are from a jingle for a song, but the lyric for the jingle were late coming, meanwhile Lewis started playing gutiar and Hariharan start jaming with an Alaap in the result the seamless fusion of Eastern and Western sounds that has become the quintessential characteristic of the Colonial Cousins. Their unique fusion of music make them Hottest, Energetic and Power full band of the Town. Being a ghazal singer in the music industry over to decades, he is a well versed in carnatic and Hindustani music. They are titled his band as "Colonical Cousins".

Colonial Cousins debut in 1996 under Magnasound Label, they titled his first album on the name of his band Colonial Cousins. Their fast album break all the records in India and they won the MTV Asia Award and then they won the Billboard award for his first album. Their fast album open the door for western sounding songs, and later on they recoginsed by his Hindustani or carnatic raags and then smoothly changing into a pop style.

They are the winner of a Grammy Awards for his invention of the 14 stringed of guitars. The colonial Cousins are also worked with many western famous singers like Boy George, Annie Lennox and Madonna or mant other names in the western world.

On 19 November 1998 they released his second album "The Way We Do", the album was Lyrically low-key, musically rich and groove-ridden, this album saw Hari and Lezz establish themselves as India's premier fusion artists. That album was also a successful album by him.

After two and a half year later they recorded his Third album "Aatma" in 2001 under Sony Label, the album contains nine tracks. In 2009 they debut in Tamil film "Modhi Vilayadu" they open the doors for indi pop music in tamil film Industry. Colonial Cousins scored their second soundtrack for the film Chikku Bukku (2010). Its audio was released on 13 August.

In 2012, 11 year after their previous album the duo came together to release their brand new album "Once More" to launch their latest album they took to the jostling promenade of Carter Road in the busy suburb of bandra Mumbai in a Musical ensemble that worked its way from otter club to the amphitheater, all along performing music from their new album on top 40 foot canter. The performance brought out fans all around who came watch them.

Why Book Colonial Cousins Through ArtiseBooking?