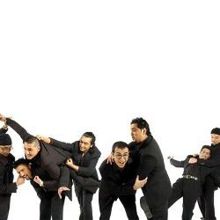 DCS is an British Asian based Bhangra Band formed in 1983. They are seen as one of the first band of UK Bhangra. DCS also performed in Hindi and English. They also play a major part in creating trends and being a role model for up and coming bands. They had changed their music with the new trend of music, because of that The DCS Band become famous widely in the world.

"DCS Band" is the first band to utilize the modern creative sound of the synthesizer in the production of sound in eighties. In the 80's DCS followed the demands of the pubic and began adding the traditional Bhangra Pattern, those commonly found in such singers like Kuldip Manak, Gurdas Mann, K. Deep and Jagmohan Kaur and etc. Modern music with the influences of the traditional Dhol and Tumbi embraced a real rich aroma of the Punjab leading their success further to achieve Platinum and Gold disk sales.

In the age of mix-match and copy DCS has maintained their original endeavor. Because of that DCS earned so much name and respect in Music Industry. They also tour worldwide. For many years DCS have scooped the awards for "Best Live Band" at all the major awards presentation. Shin has been recognized numerous times for his vocal ability and prowess as the most versatile Punjabi Singer.

The DCS Band is the powerhouse of production and reckoned with in Bhangra Music.

Why Book DCS Through ArtiseBooking?