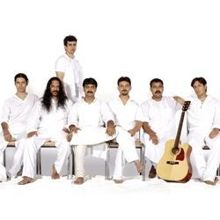 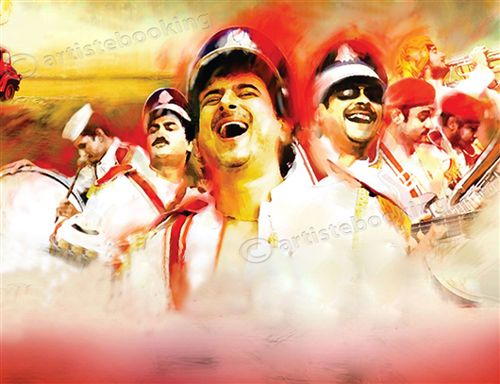 Euphoria is an Indian Rock Band form New Delhi, India. The band formed in 1988 by Dr. Palash Sen and his friends in New Delhi. That band is also known as soul of the pop music in the Mid Nineties. They released their 5th album name as "Item" in 2011 under the banner of Universal Music India. The Band contain Eleven Members such as Palash Sen, Debajyoti Bhaduri, Rakesh Bhardwaj, Prasant Trivedi, Ashwani Verma, Vaishali, Krutika Murlidharan, Vinayak Gupta, Amborish Saikia, Kamakshi Khanna and Kinshuk Sen.

The Euphoria Band was formed in 1988 by a medical student Dr. Palash Sen and his friends in early nineties. After making band the kept searching for their exclusive break, which came after 10 years from the formation of band. Dhoom their debut album was commercially huge success in October, 1998. They become famous and poineer of "Hindi Rock" after their debut album, From their Debut album "Dhoom" the song "Dhoom Pichuk Dhoom" was most popular video song on television that time. The Two more albums were released on same year such as Tum and Sha Na Na.

After the huge success of their first album the band released their second album name as "Phir Dhoom" with songs such as Rok Sako To Rok Lo and Pyar Hi Tha and They also released a Solo song name as "Maaeri" is also a huge success and that was their trademark tune. Euphoria became the first ever band to play inside the United Nations General Assembly along with Junoon from Pakistan. After returning to the country the band released “Mantra” India’s first ever standalone single release, independent of an album.

After releasing their two albums "The Euphoria" band become famous in music industry. In 2003 the band released their third album name as "Gully", the song name as "Ana Meri Gully" was received heavy airplay on mainstream TV channels. Gully is the most successful album by Euphoria till now. In the song "Ana Meri Gully" from Gully album the was launced Vidya Balan who is the most successful actress of the bollywood. After three year break Euphoria released their forth album in 2006 name as "Mehfuz", that was also a huge successful album by them, through this album they released four videos of the song Soneya, Mehfuz, Bewafaa and Rab Jaane . .Mehfuz was the first album that the band recorded in their newly made studio “The Clinic”. The band’s current drummer, Ashwani Verma joined the band during this time.

In 2008, the band completed 10 years of their recording career and released ‘Re Dhoom’a commemorative compilation album consisting of 12 of Euphoria’s biggest hits with a music video of the song ‘Bhoola Sab’. Following personal differences and misunderstandings, Palash asked the then guitarist and keyboardist Hitesh Madan and Benjamine Pinto to leave the band.

During a brief hiatus that the band took, from playing live, Euphoria created music for the Malayalam Film “Best of Luck” released in late 2010. Indian Guitar Legend Kalyan Baruah played guitars on the songs. Kalyan also appeared live with Euphoria on 2 occasions, and later also guested on their 2011 MTV Unplugged appearance.

Axeman Amborish Saikia and Keyboard player Vinayak Gupta completed Euphoria’s line up and brought about a total change in Euphoria’s sound with their cutting edge nu age musicianship. Euphoria was sounding younger, better and more aggressive than ever.

In 2011, the band released their fifth studio album titled “Item” and embarked on a 10 city tour of USA to promote it. Euphoria also made an appearance on MTV Unplugged’s Indian edition the same year and performed “ITEM” and “C U Later” from the new album, along with their other hits. In the first week of May, Euphoria released the second single "C U Later" from Item in two languages, Hindi and English. A music video to support the promotions was also created in both languages, making it India's first bi lingual single. The single went on to peak at number 5 on VH1 India's Top Ten charts. Item was released worldwide by Universal Music India.

Euphoria launched their 6th studio album titled "Sharnaagat" in 2012, surprising critics and fans with a new direction. Sharnaagat was the band's first spiritual record, with influences of pop, folk and blues. Frontman Palash's father, Late Dr. Rupendra Kumar Sen had composed 3 out of the 7 songs featured on the album. A music video was shot for the title track "Sharnaagat" in the premises of a Temple, Mosque, Church and a Gurudwara in Delhi with an attempt to portray the universality of God and religion.

Why Book Euphoria Through ArtiseBooking?