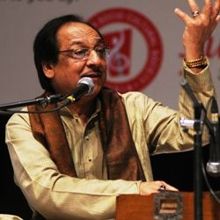 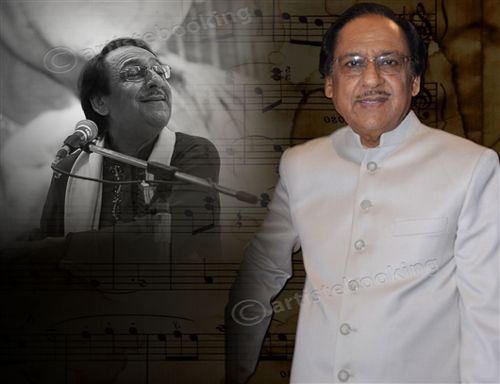 Ghulam Ali is an Pakistani Ghazal Singer from Patiala Gharana, he is also known as Ustad Ghulam Ali, he was born in ( December 5, 1940 ) Kaleki, Sialkot District, Pakistan. He is considered as one of the Ghazal Singer of the Era. His style and variations in singing Ghazals has Been noted as unique as he blend Hindustani Classical Music with his Ghazals. He is Highly popular in Pakistan, India, Bangladesh, as well as amongst South Asian Diaspora in the USA, the UK and the Middle Eastern Countries.

Ghulam Ali was born in Village of Kaleki in Tehsil Daska Sialkot District of Punjab in 1940 in Brtish India, Now in Pakistan, Uatad Ghulam Ali belong to a Musical Family, his father was a sarangi player and vocalist who tought him music in his childhood. At the age of 15 he become the student of The Bade Ghulam Ali Khan a master of the Patiala Gharana of the Hindustani Music. Due to busy schedule of Bade Ghulam Ali, mainly he was trained by Bade Ghulam Khan Three Brother such as Barqat Ali Khan, Mubarak Ali Khan, Amanat Ali Khan in Lahore.

Ghulam Ali is the student of the Bade Ghulam Ali khansaab. He started working from Radio in Lahore in 1960, along with singing ghazals and Bhajans. His compositions are raga based and sometimes include a scientific mixture of ragas. He is known for blending Gharana gaayaki into ghazals and this gives his singing the capabitlity to touch heart, he is also sing Punjabi songs too.

He is also entered in Hindi Cinema with a Hindi Films song Chupke Chupke Raat Din in B.R Chopra film Nikaah in 1982, and his popular ghazals include Hungama Hai Kyon Bapa and Awaargi.

One of his memorable concerts was at the Taj Mahal. On being questioned about the future of ghazal singers, he said he enjoyed popular ghazal singer Adithya Srinivasan's ghazals who performed the opening act at his concert in 2012 at Bangalore.

Why Book Ghulam Ali Through ArtiseBooking?