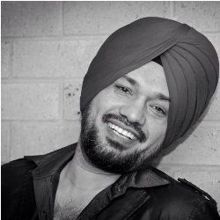 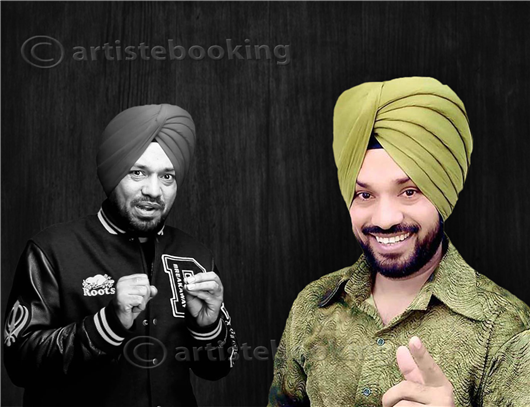 Gurpreet Ghuggi is a very natural comedian who always seems to find a message in his comedy. He started his journey as a Punjabi actor in Jalandhar Doordarshan's tele-films and shows. He appeared in a serious lead role in serial Parchhaven produced by Jalandhar Doordarshan. He also performed in numerous acts and gags with other Punjabi comedians such as Chacha Raunki Ram (Balwinder Bicky), whom he considers his guru. His journey took a new turn when he participated in reality shows such as The Great Indian Laughter Challenge on Star One where he got noticed all over India and abroad. Later on he performed in another show Hans Baliye which aired on Star One. He has acted as a comedian in many Hindi and Punjabi movies like Namastey London, Race, Asa Nu Maan Watna Da, Yaara Naal Bahaara, Humko Deewana Kar Gaye, Singh Is Kinng, Mera Pind, Jijja Ji, Jag Jeondeyan De Mele, Tera Mera Ki Rishta, Speedy Singhs and Munde U.K. De. He also apperead in the live shows Shounki Mela 2003 (along with Kamal Heer, Manmohan Waris and Sangtar) and Vaisakhi Mela 2009 (along with Jazzy B and Sukhshinder Shinda) and Vaisakhi Mela 2010 (along with Nachatter Gill, Master Saleem and others).