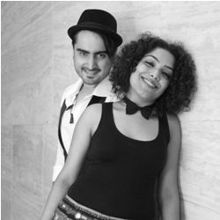 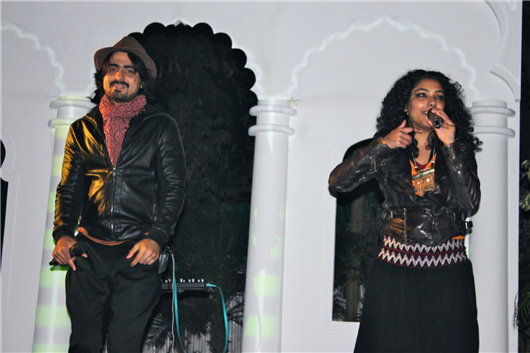 Hailing from Chandi Town (Chandigarh), Hari & Sukhmani are a young and ambitious duo who plan to take Punjabi folk music from the yester years into the future, from New Delhi to New York City.

Sukhmani Malik , A trained Hindustani classical vocalist from the Rampur Gharana, has a voice dense with character, that doesn’t fail to strike you as powerful.

Hari Singh, a producer and an audio engineer, has electronic skills tuned finely to appease the ear.

The two combine eclecticism with a curiously contemporary take on traditional folk songs from the land of Punjab. Their sounds are a blend of folk music fused with ambient electronica. Hari and Sukhmani’s music resonates with their sincere and cultured touch. Sukhmani’s cultured voice coupled with Hari’s fine production skills makes them one of a kind act.

Hari & Sukhmani have been touring Nationally & Internationally since December of 2008. They have performed time and again in Delhi, Mumbai, Bangalore, Ludhiana, Jalandhar, Amritsar, Udaipur, Lucknow, Benaras, Goa, Jim Corbett, Manali, Mussouri, Shimla, along with performances in Sydney (Australia), Wellington and Queenstown (New Zealand). Their charisma has also made them popular in the wedding circuit.
?

Hari and Sukhmani also make music for feature films, the most recent being Deepa Mehta's Videsh, Heaven on Earth.

Why Book Hari sukhmani Through ArtiseBooking?