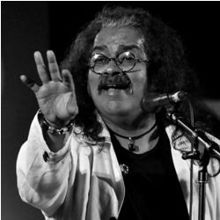 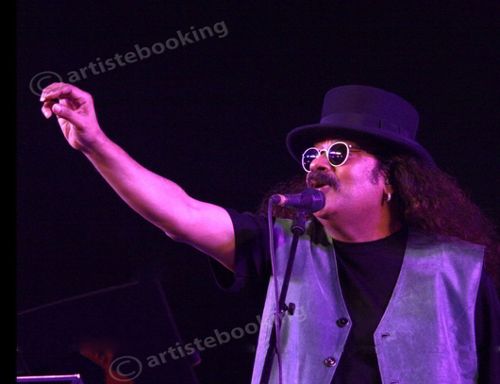 Hariharan is an Indian Playback Singer, Hari Sung in Many Languages like Malayalam, Tamil, Hindi, Kannada, Marathi, Bhojpuri and Telegu. He is an established ghazal singer, and one of Indian Fusion music. His Song's and melodies are strongly appreciated in Music Industry. In 2004 he was honoured with The Padma Shri By The Goverment Of India and Two Times National Awards Winner.

Hariharan was born in Kerala (Thruvanthapuram) to a Tamil speaking Iyer Family, He Grew up in Mumbai (Maharastra) and has Bachelor Degree in Scince and Law. He is Completed his studies from S.I.E.S College. He is the son of famous Carnatic Vocalists, Shrimati Alamelu and the late Anantha Subramani Iyer Mani, Hari inherited his parent's Musical Talents. Hariharan first mentor was "Alamelu" who taught him base of music and raised her Carnatic music Skills. In his young age hari exposed to Hindustani Music, In young age he is inpired by the songs of Mehdi Hassan and Jagjit Singh, Hariharan Developed a passion for Ghazals and Started training in Hindustani Music from Ustad Ghulam Mustafa Khan, He used 13 hours for daily practice in singing.

Hariharan at the start of his career, He did the concert circuit and also performed on TV. He sang for a number of TV serials. In 1977, he got the top prize in the "All India Sur Singaar Competition" and was promptly signed on by the late music director Jaidev to sing for his new Hindi film Gaman (1978). He debut song "Ajeeb Sa neha Mujh Par Guzar gaya yaaron" in that movie became such a hit that it won him an Uttar Pradesh State Film Award, as well as a National Award nomination.

Hariharan entered the world of Tamil films in 1992 introduced by debutant music director A.R. Rahman with the patriotic song "Thamizha Thamizha" in Maniratnam's film Roja. He was judged best male playback singer in the 1995 Tamil Nadu State Government Film Awards for his soulful rendition of the song "Uyire Uyire" also by music director A.R Rahman in Maniratnam's Bombay (Hariharan sang the song with K.S. Chithra). Hariharan has been one of the most trusted singers of Rahman and has sung many songs for him in long list of movies that includes Muthu, Minsara Kanavu, Jeans, Indian, Mudhalvan, Taal, Rangeela, Indira, Iruvar, Anbe Aaruyire, Kangalal Kaithu Sei, Sivaji, Alaipayuthey, Kannathil Muthamittal, Guru, Enthiran etc. In 1998, Hariharan won the national award for the best playback singer for the soulful rendition of the song "Mere Dushman Mere Bhai" from the Hindi movie Border, composed by Anu Malik. Hariharan got another National Award for the Marathi song "Jiv Rangla" from Jogwa, set to tune by Ajay Atul in the year 2009.

Dev's debut song "Shyloo" from the movie Shyloo won the South Indian music Awards 2011. Dev won Best singer 2011 as well as best Upcoming singer 2011 in Kannada. The film's music director was his buddy Jassie Gift. He has also worked in Kannada movies Shyloo, Munjane and Samkranthi. In Tamil his debut movie was Elam avan seyyal "2008 and released Kai thunindavan in 2012

He has sung more than 500 Tamil songs and nearly 200 Hindi songs. He has also sung hundreds of songs in Malayalam, Telugu, Kannada, Marathi and Bengali languages.

Hariharan has acted in a Tamil film with Khushboo, Power of Women, and played cameo roles in the Tamil film Boys and the Malayalam film Millennium Stars.

Hariharan is one of the foremost Indian ghazal singers and composers with more than thirty albums to his credit. In his early career, he cut several successful ghazal albums, writing most of the scores himself. One of Hariharan's first ghazal albums was Aabshar-e-Ghazal with Asha Bhosle, which went gold in sales. Another outstanding ghazal album was Gulfam, which not only hit double platinum in sales but also fetched Hariharan the Diva Award for the Best Album of the Year in 1994. The other major ghazal albums by him are Hazir (1992), Jashn (1996), Halka Nasha (1996), Paigham (1997), Kaash (2000), Lahore Ke Rang Hari Ke Sang (2005), and Guftagoo. His live concert recordings, Hariharan in Concert (1990), Saptarishi (1996) and Swar Utsav (2001) were run away successes. His latest ghazal album is Lafzz. (2008). Hariharan worked with tabla maestro Zakir Hussain on his album Hazir. The album Lahore Ke Rang Hari Ke Sang with renowned ghazal composers from Pakistan won him rave reviews and critical acclaim inside and outside India. A.R. Rahman was an avid listener of his ghazals way before roping him in to sing his first song in Tamil film music, "Thamizha Thamizha", for the film Roja.

The year 1996 was a career milestone; he formed the band Colonial Cousins with Mumbai-based composer and singer Leslie Lewis. Their first album, Colonial Cousins was a fusion album and was the first Indian act to be featured on MTV Unplugged. It won a string of awards including the MTV Indian Viewers' Choice award and Billboard Award for the Best Asian Music Group. By this single album, Hariharan established himself as one of the pioneers of Indian fusion music. The next albums by this band were The Way We Do It (1998) and Aatma (2001) but were fairly noticed. Colonial Cousins released their fourth studio album "Once More" on October 29, 2012 under the label Universal. 2009 Tamil film Modhi Vilayadu had score and soundtrack composed by Colonial Cousins. They also scored the 2010 Tamil film Chikku Bukku.

In 2004, he was awarded the prestigious Padma Shri and Yesudas Award for his outstanding performance in music.

Why Book Hariharan Through ArtiseBooking?