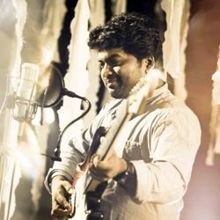 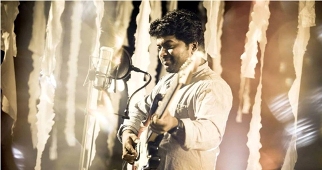 Ishaan Dev is based from Trivandrum. Dev trained in music by his father, Soman who is also a Singer and Musician, Ishaan learnt music from the age of three and after that he has been taught under many singer's and composer like Iraniyal perumal, Ambalapuzha Vijayan, Neyyatinkara Surendran and Chandrababu . He is interested in music from his chlidhood, and he is interested in Classical Music rather than other type of music. That was when he teamed up with violinist Balabhaskar to form the music band Confusion. Ishaan was the lead vocalist and percussionist in the band. Other than music ishaan is Zoology student in University College, Trivandrum.

After Completed his studies and Teamed up, Ishaan entered into Malayalam music Industry as the Assosiate of Jassie Gift in composing "Lajjavathiye…" (from Jairaj’s For the People), for which he did the humming. He had composed the song "Kaliya Visha Dhara" for an advertisement. Director Shaji Kailas noticed him and Gave him a Break for the title song of his movie The Tiger.

Dev's debut song "Shyloo" from the movie Shyloo won the South Indian music Awards 2011. Dev won Best singer 2011 as well as best Upcoming singer 2011 in Kannada. The film's music director was his buddy Jassie Gift. He has also worked in Kannada movies Shyloo, Munjane and Samkranthi. In Tamil his debut movie was Elam avan seyyal "2008 and released Kai thunindavan in 2012

Why Book Ishaan Dev Through ArtiseBooking?