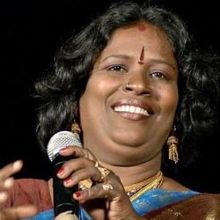 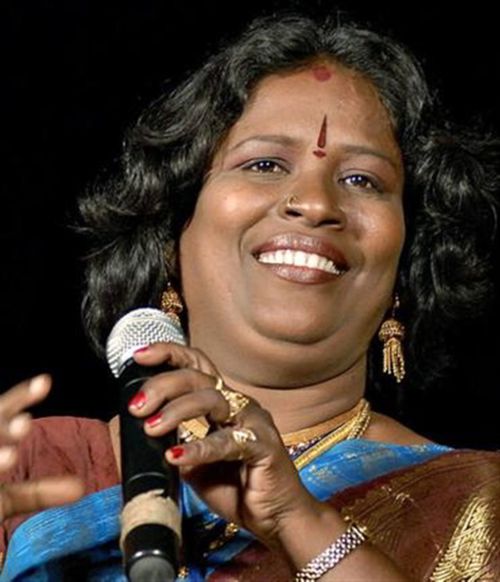 In 2004, she broke into the Tamil film industry as a playback singer with the song "Vazhthuren Vazhthuren" in the hit film Chandramukhi, starring Rajinikanth and Jyothika.[2] This led to television appearances and interest from other music directors. Her next major hit, "Nakku Mukka", was featured in the 2008 film Kadhalil Vizhunthen. For this song she was honoured with the Kannadasan Award for best folk singer in a Tamil film. A different version of "Nakku Mukka" (with changed lyrics) was featured in a short Times of India ad film entitled "A Day in the Life of Chennai", which won two Gold Lions at Cannes in 2009. The song even featured in the Bollywood hit film The Dirty Picture. In the year 2010, she won the Edition Award 2010 for the song "Theeka Theeka" from the film Suriyan Satta Kalluri directed by S.S. Pandian. In the same year she was also one of the artists featured in the theme song for the World Classical Tamil Conference 2010, composed by A. R. Rahman, with a video directed by Gautham Menon. In 2010 and 2011, her troupe was one of the headlining acts at the Chennai Sangamam festival. In June 2011, she appeared on MTV Coke Studio television series in the episodes 'Vethalai' and 'Tere Naam' along with singer Kailash Kher and Papon.