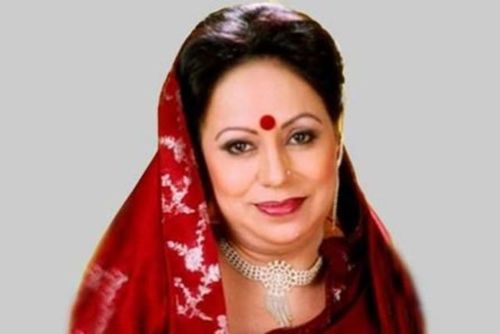 Mamta Luthra is an Indian Television Actress. Sources inform that Mamta Luthra who was last seen in Phir Subah Hogi as Dai Maa and is currently a part of Ramayan will this time be seen on the show as Seema's ( Alka Mogha) Maasi. She and her daughter -in-law played by Mithila Purohit last seen in Mi Aaji Saheb will come down to attend Mayank (Ankit Gera) and Gunjan's (Roopal Tyagi) wedding. Mamta's on-screen character will be of an orthodox lady who is very particular about following Indian tradition and customs while Mithila's character will have a comic element to it.

Why Book Mamta Luthra Through ArtiseBooking?