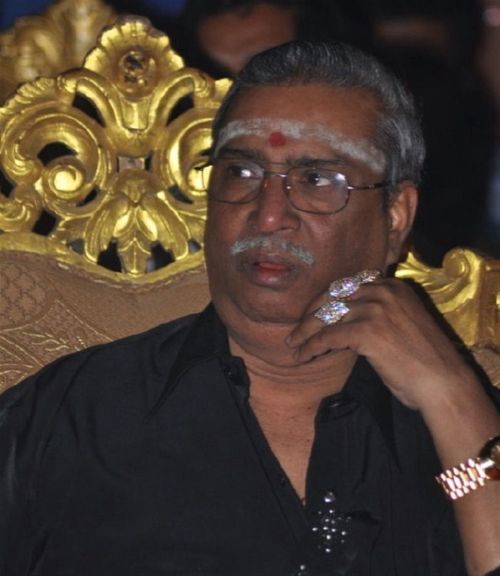 Manikka Vinayagam is a Tamil playback singer and actor. He has sung for all the south Indian language films and acted in several Tamil feature films as a character artist. He is the son of the famous dancer Vazhuvoor Ramaiah Pillai. His uncle and music guru was the famous singer C. S. Jayaraman. Vinayagam debuted as a playback singer in the Tamil film Dhill, with the song "Kannukkulla Gelathi" composed by Vidyasagar. His debut in acting was for Thiruda Thirudi playing the father character to Dhanush. Since then, he has sung close to 800 songs in various languages. Apart from these, he has sung close to 15,000 devotional and folk songs.