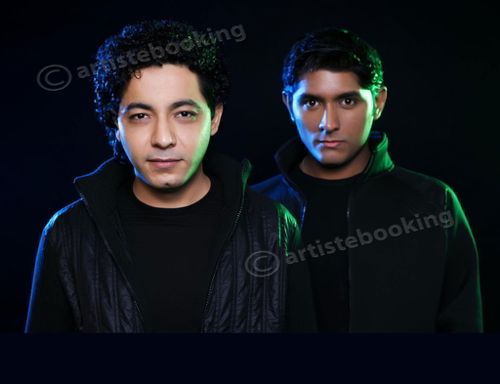 Midival Punditz is the brainchild of childhood friends, Gaurav Raina and Tapan Raj. In 1997, after being bored with the remix and Bollywood driven music scene in India, the boys started producing original electronic music and sending out demo tracks to labels and other producers. Simultaneously, their monthly parties, Cyber Mehfil started becoming hugely popular and soon achieved cult status. Other artists and producers in the US & UK quickly recognized their efforts. Word spread about the boys, and they came to be known as ‘The new sound of 21st Century India’. The real magic of the Punditz artistry is captured in their live performances. After touring extensively all over the world, the Punditz have styled a unique and revolutionary live act that is electronic but yet Live and has room for jamming, innovating, remixing and creation while on stage; thus making no 2 live shows the same. Their performance also features a video background, which is synchronized with the music and captures real-time images and clips of the band performing on stage. The Punditz have pioneered this unique live setup and their performances are unlike any other electronic act.

Why Book Midival Punditz Through ArtiseBooking?