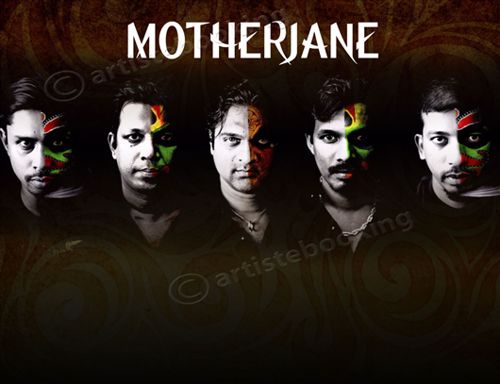 Motherjane is an Indian rock band from Kochi, India, formed in 1996. The band consists of 5 members: John Thomas (drums and percussion), Clyde Rozario (bass guitar), Deepu Sasidharan (guitar, backing vocals), Santhosh Chandran (guitar), and Vivek Thomas (vocals). They have released a total of two studio albums, and three singles. Since their formation, genres like progressive rock and Carnatic music have influenced their music. Motherjane released their debut album, Insane Biography in 2002 under Kan & Will Records. The songs "Maya" and "Soul Corporations" had strong Indian musical elements which would continue in later albums. "Soul Corporations" was featured in Geki-Teki Metal, a compilation album released in Japan in 2004. Soon after the release of Insane Biography, rhythm guitarist Rex Vijayan left the band in 2003, and was replaced by Deepu Sasidharan. Sasidharan, at that time, was playing with the Kochi based Hard Rock band 13AD. Insane Biography was the only Indian album to be featured in the Asian Rock Rising Festival in Japan on November 1, 2003. The band also headlined Levi’s Great Indian Rock 2003.

Why Book Mother Jane Through ArtiseBooking?