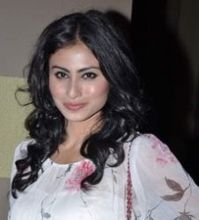 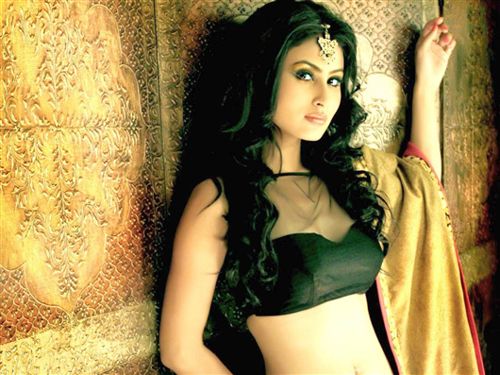 Mouni Roy (born 28 September 1985) is an Indian actress known for her roles as Goddess Sati in the television series Devon Ke Dev...Mahadev, and as Krishna Tulsi in Kyunki Saas Bhi Kabhi Bahu Thi. Up to September 2013 she was playing Meera in the soap opera Junoon – Aisi Nafrat Toh Kaisa Ishq. Mouni Roy was born to Anil and Mukti Roy in 1985. Her father Anil was office superintendent of the Cooch Behar Zilla Parishad and her mother Mukti is a high school teacher. Her father died in June 2013. Mouni grew up in Gandhi Colony in Cooch Behar, West Bengal where she attended the Kendriya Vidyalaya school in Baburhat . She graduated from Miranda House in Delhi with a major in English literature before studying Mass Communication at Jamia Millia Islamia University. She is a trained Kathak dancer. Roy was one of the contestants of Say Shaava Shaava, a singing competition on Imagine TV, before being eliminated on 28 January 2008. She then played Krishna Tulsi in Kyunki Saas Bhi Kabhi Bahu Thi. Her role was very much appreciated. She was a contestant of the girls' team in the dance show Zara Nachke Dikha. The girls' team took the trophy home and Mouni Roy won the "Best Airtel Dancer of the Series" with the prize money of 1 lakh. She then worked on the Punjabi movie Hero Hitler in Love alongside Babbu Maan, before playing Sati in Devon Ke Dev...Mahadev. People appreciate her in the role and her chemistry with co-star Mohit Raina. The role ended in the middle of the show, but fans still admire her role. Roy was playing the character of Meera in the soap opera Junoon – Aisi Nafrat Toh Kaisa Ishq, before it was taken off-air in September 2013. It was reported in September 2013 that Roy had been approached to appear in the reality dance show Nach Baliye 6.

Why Book Mouni Roy Through ArtiseBooking?